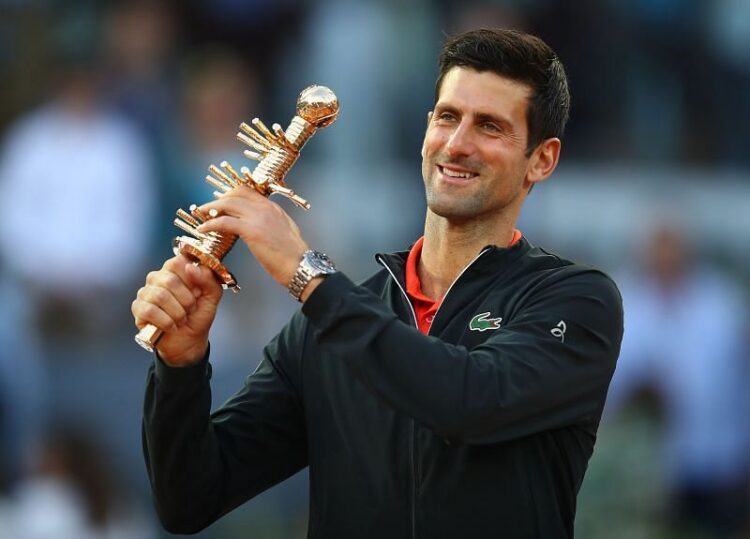 According to a report by Blick, Novak Djokovic will miss the 2021 edition of the Madrid Masters.

Djokovic had earlier pulled out of the Miami Masters in a bid to recover fully from the abdominal tear he picked up at the Australian Open. But the Serb was scheduled to play all the major claycourt events – Monte Carlo, Madrid, Rome and Roland Garros – in addition to his hometown event in Belgrade.

This new development, therefore, comes as a surprise – especially since Novak Djokovic is the defending champion in Madrid this year.

Although Djokovic’s withdrawal from the Madrid Masters seems unusual on the surface, it is to be noted that the 33-year-old has missed the event several times in the past too (2010, 2014 and 2015). And while Djokovic is a three-time champion in Madrid, he has enjoyed far more success in Rome – having played 10 finals at the Foro Italico and winning five of them.

Novak Djokovic’s reported Madrid withdrawal is another boost to Daniil Medvedev’s bid for the No. 1 ranking

Daniil Medvedev’s chance of dethroning Novak Djokovic from the World No. 1 position will only be strengthened by the latter’s loss of 500 points from Madrid.

Medvedev is currently 1,978 points behind the top-ranked Serb, having gained 90 points from his quarterfinal finish in Miami. And that difference will reduce to at least 1,478 by the end of Madrid, assuming there’s no other change in their respective ranking points.

As per the new COVID-affected ranking system, which takes into account the player’s best 19 tournaments across the last two seasons, Medvedev will next be dropping 180 points from his tally (at Monte Carlo). The Russian has very few points to defend after that, which means he will constantly be breathing down Djokovic’s neck over the next few months.

If Daniil Medvedev produces relatively deep showings in the big tournaments until July, he would be in with a very good shot of replacing Novak Djokovic as No. 1 – even if the Serb wins everything in sight.