NRC is Indian Issue, no reason to cross over into Assam: Bangla border guards chief 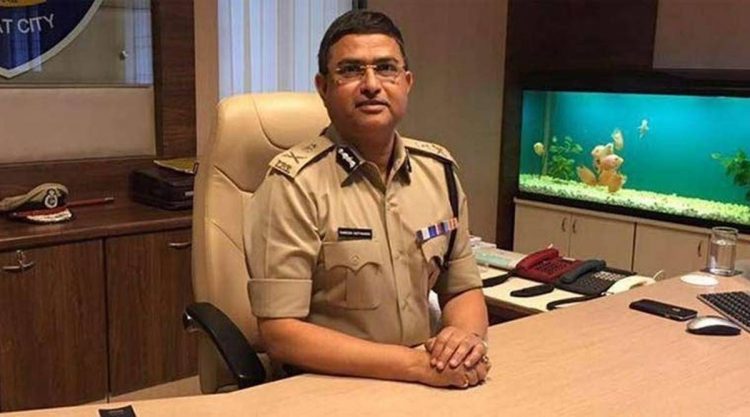 The preparation of National Register of Citizen (NRC) is an “Indian issue” and there has been no illegal influx from Bangladesh into India, the Director General of Border Guards Bangladesh (BGB), Shafeenul Islam, said in Guwahati on Friday.

However, BSF DG Rakesh Asthana said that as of December 15, the BSF this year has nabbed 3,204 individuals trying to illegally enter India along the entire India-Bangladesh border. Asthana added the caveat that the figure was not just of Bangladeshi nationals but the overall number of people nabbed while trying to cross over illegally, including criminals and smugglers.

The BSF and BDB chiefs were addressing a press conference after the successful culmination of the Director General-level talks between the two forces.

Islam said, “I think you need to revisit the perception that a large number of Bangladeshis are crossing into Assam. If you see the GDP growth rate of Bangladesh, you will find that we are on a steady uprising track. Now our GDP is around $2,300. There is no reason for Bangladeshis to cross the border be it for jobs or for other reason.

“Yes, people do come to India with valid documents and passports for tourism purpose but for work, there is no such case…There is no infiltration from Bangladesh to India,” he said. “Anybody crossing the border without proper documentation is illegal crossing. Both the border guarding forces are vigilant to apprehend such individuals,” Islam said.

The BGB chief ruled out that after the publication of the NRC in Assam in August 2019 and consequent political talks of a national NRC, there has been any unauthorised migration into Bangladesh from India.

“The culture, heritage and the language is same between Bangladesh and many parts of India. Many of the families have their other relatives across the borders. They are used to crossing the borders and visiting their friends and families on different occasions, be it religious occasion or any festival. But now we are vigilant and whenever they do so, they are apprehended,” Islam said.

Both Asthana and Islam stressed on how important the issue of cattle smuggling — and smuggling of other kinds — and killings on the border were pressing concerns for their respective countries.

Islam said that in 2018, three Bangladeshi civilians were killed in border violence; 35 in 2019 and 48 till December 18 this year. Asthana said this year three Indian civilians have been killed on the border —he said that India and Bangladesh have a slight difference in their figures but the two forces reconcile the numbers.