NSA Ajit Doval holds meet with All India Sufi Sajjadanashin Council delegation, has this to say 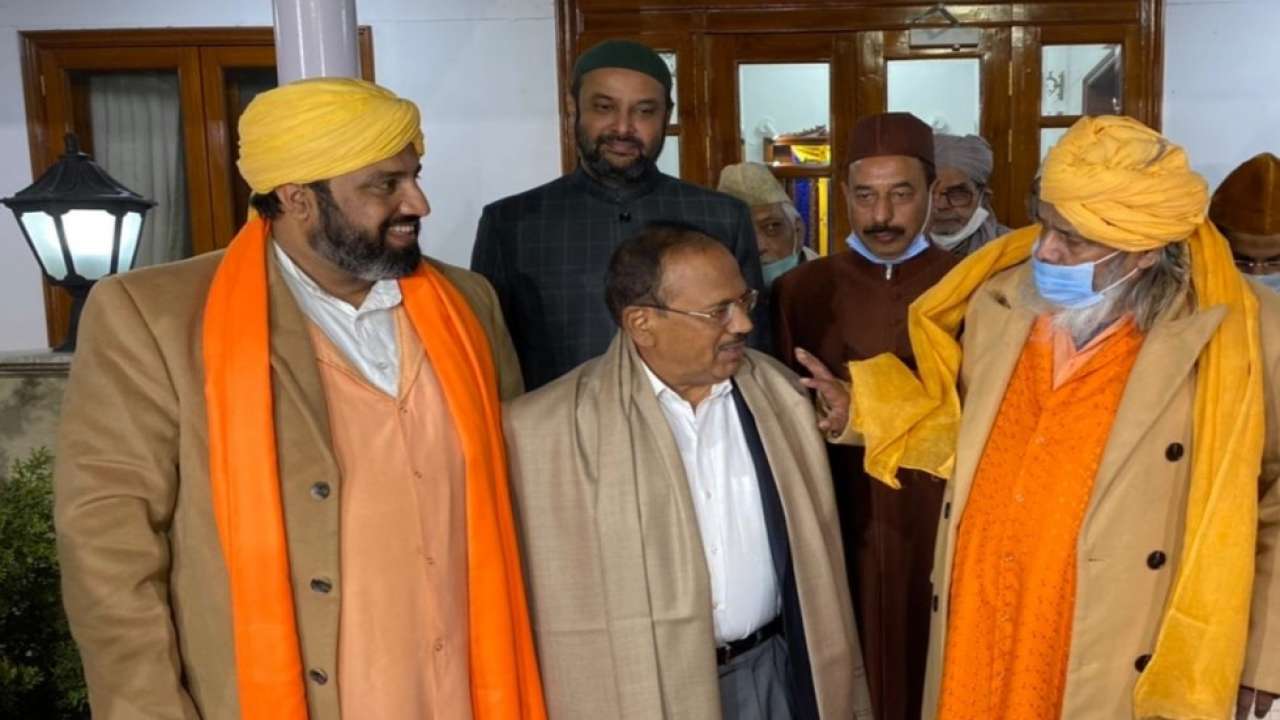 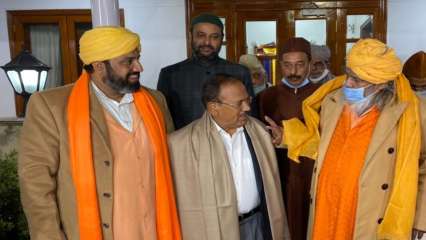 During the meeting, the religious leaders discussed the current threats posed to peace and harmony in the country by radical forces.

Delegation put forward to NSA how Dargah is playing an important role in promoting peace and brotherhood. The delegation highlighted that shrines have always played a pivotal role in the promotion of peace and harmony throughout the world, especially in India and said that almost all the shrines across India are model National integration Centres.

During the meeting, founder Chairman of All India Sufi Sajjadashin Council, Saeed Nasruddin Chishti, said that the government should take steps for the welfare of the dargahs.

The AISSC requested Government of India to announce a National policy for the welfare and development of Dargahs in which the right of the Sajjadanashin must be protected.

“We won’t tolerate any kind of radicalisation in this country. Sufis have been committed to speaking against radicalisation & extremism. Our youths are being radicalised through social media. Youths must be aware of fake messages & radicalised organisations,” ANI quoted Chisti as saying.

He also advocated the promotion of Sufism for peace in the country. On behalf of the Council, the AISSC Chairman also suggested creating an All India Dargah Board and also appointing a Minister of State for Dargah affairs.

Chishti said that radicalism, that has spread in the country, can only be stopped through Sufi culture. In such a situation, the government should promote Sajjada Nashin and Sufi culture.

“We came here regarding the basic problems being faced by Sufis. Doval Sahib listened to us very patiently and we are confident that our grievances will be conveyed to the government,” ANI quoted Chisti as saying.

During the meeting, Ajit Doval praised the role of Muslim religious leaders and dargahs and said that dargahs have a big role to play in promoting peace and brotherhood in the country.

The Council through an official press release wished success, good health to all the citizens of the country on behalf of Dargahs on the occasion of India’s Republic Day.

“AISSC has shown its wish to NSA for the overall development of the masses irrespective of religion, caste and creed,” the release said.