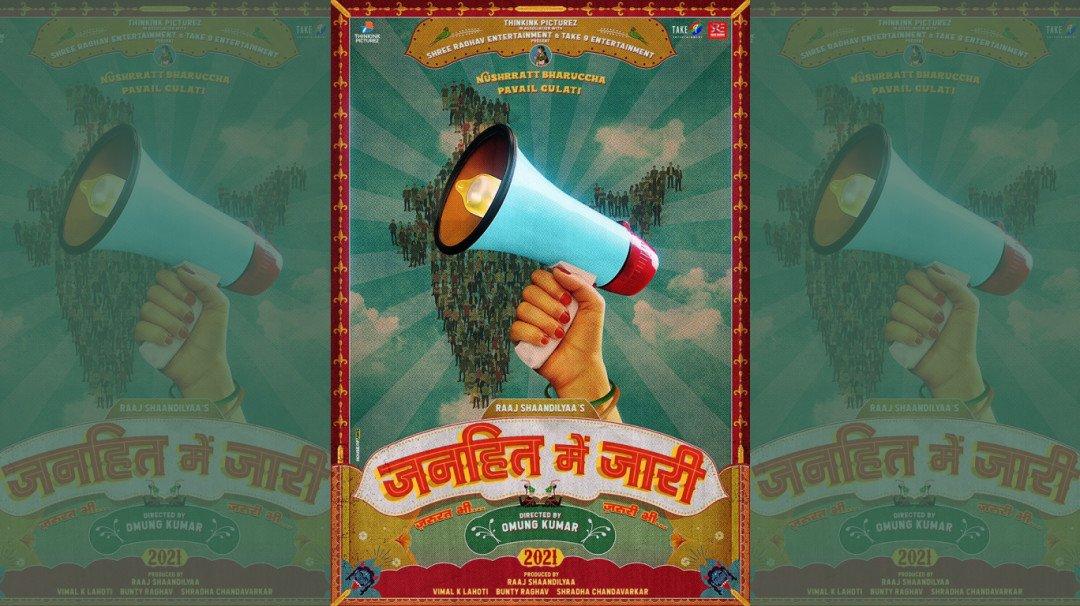 Actors Nushrratt Bharuccha and Pavail Gulati will soon be seen in Omung Kumar’s next film which is said to be a quirky comedy with a message. Omang has planned the film for the big screen and has titled ‘Janhit Mein Jaari.’

Sports personality Mary Kom, who was the subject of Omung Kumar’s blockbuster biopic took to her social media to announce this special news. Mary shares a great bond with the director. The film has a very interesting concept and is written by popular writer Raaj Shaandilyaa.

As per reports, #JanhitMeinJaari is set to go on floors in March 2021.

The film has been presented by Thinkink Picturez in association with Shree Raghav Entertainment & Take 9 Entertainment. It is produced by Raaj Shaandilyaa, Vimal K Lahoti, Bunty Raghav & Shradha Chandavarkar.

Did you know? THIS Kundali Bhagya star was a part of a Gujarati movie...