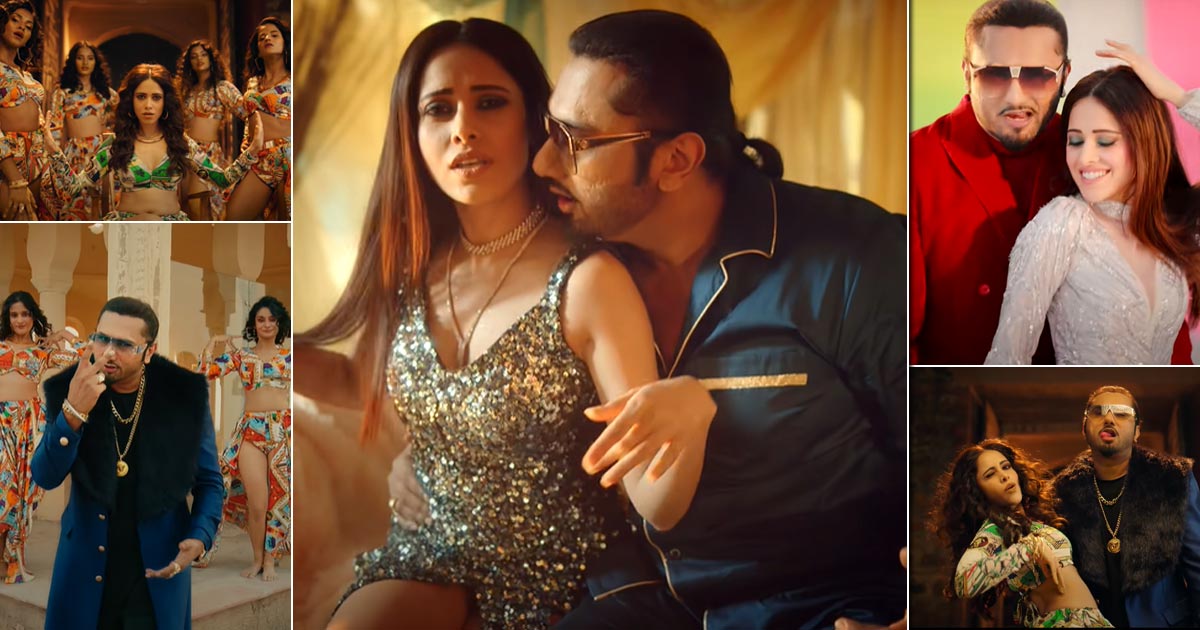 Riding on the prime of her career, with the success of her latest film, ‘Chhalaang‘, Nushrratt Bharuccha is setting the stage ablaze, with her song ‘Saiyaan Ji’ where she is collaborating yet again with Honey Singh.

Nushrratt and Yo Yo come together for the third time, the actress reveals why the first day of shoot for Saiyaan Ji was more special for the duo. The actress had been shooting for the song, right after the release of ‘Chhalaang‘. On the day, when the blockbuster, ‘Care Ni Karda’ was released. The duo shot for ‘Saiyaan Ji’ in Rajasthan.

Check out the video here:

Talking about their first day on the set of ‘Saiyaan Ji’, Nushrratt Bharuccha revealed, “The best part of this was, on the day when I arrived for the shoot of Saiyaan Ji on location, our other song ‘Care Ni Karda’ from Chhalaang was released. Honey sir and I, both were putting out videos on our social media, saying that our song is coming out tomorrow, and we are already shooting for our next one together right now.”

On speaking about her first meeting with Honey Singh, Nushrratt Bharuccha further adds, “I think with me and Honey sir it has always been destiny, I’ve been his die-hard fan for the longest time I can remember. To my utmost surprise, I remember at one Award Function, years back he met me for the first and came up to me, and said he is my big fan and has loved me in LSD and Pyaar ka Punchnama. I was left shook and was like, wait, how did this happen the other way around? Nothing but pure love and respect for him always.”

Talking about the song of ‘Saiyaan Ji’, Nushrratt adds, “For Saiyaan Ji, he just sent me a simple message that I have this banging track, I think you’ll be perfect for it, I would like you to be in it. I said of course done, tell me when and where and we will do this song together. For him, it has always been a ‘No Questions Asked’, and that’s always going to stay the same. We had shot for 18 hours together at a stretch and had a blast honestly. Every role of the song or any line that we had to sing or rap together, it was just amazing.”

It wouldn’t be wrong to say, that the successful pairing of Nushrratt Bharuccha and Honey Singh have struck the right chord with the audience and delivered just the best. They have created magic on the silver screen with grooviest, peppiest music and sassy dance moves.

On the work front, Nushrratt Bharuccha will be next seen in the horror film ‘Chorrii’, ‘Hurdang’ opposite Sunny Kaushal and Vijay Varma and Omung Kumar’s ‘Janhit Mein Jaari’.

Must Read: When Varun Dhawan Said David Dhawan & His Mom Had Given Up On Him & Adopted Natasha Dalal!