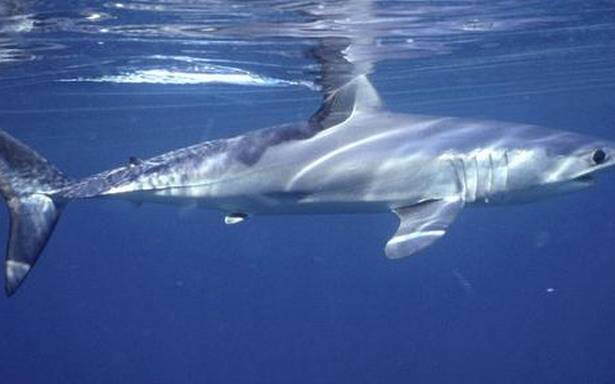 The researchers said 24 of the world’s 31 oceanic shark and ray species are now classified as vulnerable, endangered or critically endangered on the IUCN Red List.

The number of oceanic sharks and rays worldwide has fallen by 71% over the last 50 years, according to a study which found that some formerly abundant, wide-ranging species — including the Great Hammerhead — have declined so steeply that they are now classified as critically endangered.

The study, published in the journal Nature, found that three quarters of ocean shark and ray species face an elevated risk of extinction.

The researchers noted that in the Indian Ocean, shark and ray abundance has declined continually since 1970 — falling by 84.7% in total.

They found that since 1970, relative fishing pressure — exploitation of fish stocks relative to the number of fish left — has increased 18-fold, adding that the catch limits are now urgently needed to “avert population collapse”.

The team, including researchers from the University of Exeter in the U.K., warns that extinction among these species would jeopardise the health of ocean ecosystems and food security in many poor and developing nations.

“The species that we studied are some of the ocean’s apex predators,” said Richard Sherley from Exeter. “They roam far from land and so might seem immune to the direct impacts of humans on our planet. Not so. Our global analysis points to some staggering declines,” Sherley added.

The research highlights the risks these species face if no immediate action is taken to limit the pressures fishing exerts on their populations.

A few bright spots in the data demonstrate that even these long-lived animals can recover when science-based fishing restrictions are enacted and enforced, the researchers said.

The research is based on two “biodiversity indicators”: The Living Planet Index (LPI) on global population changes since 1970 and the Red List Index (RLI), which tracks changes in relative extinction risk.

The study found that all the oceanic shark and ray species, except for the Smooth Hammerhead, decreased in abundance over the last half-century.

The researchers said 24 of the world’s 31 oceanic shark and ray species are now classified as vulnerable, endangered or critically endangered on the International Union for Conservation of Nature (IUCN) Red List.

These categories mean a “high”, “very high” or “extremely high” risk of extinction in the wild, they said.

The study found that species in tropical areas are declining more steeply than those elsewhere.

The longest lived, late-maturing species initially declined faster than those with shorter generation times, but two of these species — including the “Great” White Shark — have shown signs of regional rebuilding since the early 2000s, the researchers said.

Some formerly abundant, wide-ranging sharks — including the Oceanic Whitetip and Great Hammerhead — have declined so steeply that they are now classified as critically endangered, they said.

Oceanic sharks and rays have declined by over 70%: study

X
Hidden Valley Road By Robert Kolker — ReviewScienceA biography of a post-WWII American family with 12 children — 10 of them were boys, 6 of whom developed schizophrenia Book Jacket courtesy of Quercus …
close