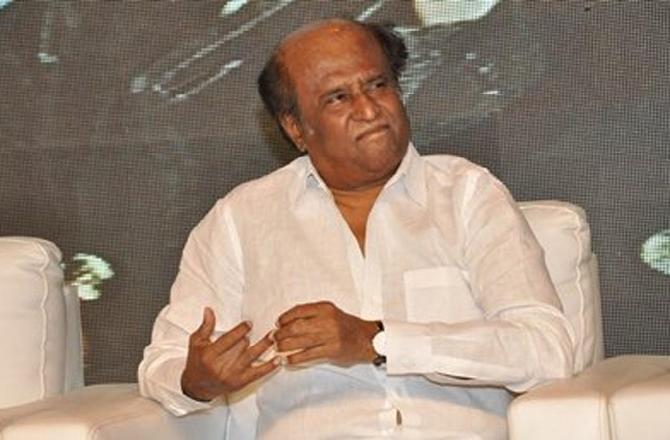 Amid speculation over the name and election symbol of Tamil megastar Rajinikanth’s new political party, his outfit Rajini Makkal Mandram has asked the actor’s fans to wait for the official announcement.

The Rajini Makkal Mandram said some media outlets have put out news reports citing the Election Commission’s statement to the effect that the name of symbol of a political party mentioned in that belonged to the Mandram.

Till there is an official announcement from the leadership the Rajini Makkal Mandram fans are requested wait, the outfit said in a statement.

According to reports citing the EC, Rajinikanth has named his party as Makkal Sevai Katchi (People’s Service Party) with the ‘autorickshaw’ as its election symbol.

The actor’s fans are happy as Rajinikanth had played the role of a Mumbai don-turned-Chennai autorickshaw driver in his mega hit movie ‘Baashha’ that was released in 1995.

One of the popular songs in that movie was ‘Naan autokaaran, autokaaran, naalum therinja routukaaran’ and if the speculation about the his party’s poll symbol turns out to be true then the song is expected to be leveraged by his party members to a great extent.

It is a different matter that Chennai autorickshaw drivers are notorious for charging high rates.

Several years back in his movie ‘Annamalai’ that was released in 1992, Rajinikanth as a milkman rode a bicycle.

During the 1996 Assembly polls, Rajinikanth voiced his support to DMK-TMC combine. At that time the TMC was allotted the bicycle symbol and the Annamalai movie song ‘Rekka Katti Parakkudaiya Annamalai Cycle’ became popular once again across the state.

Confirming his plunge into Tamil Nadu politics on December 3, Rajinikanth said he would announce the party details on December 31.

He had said that the time has come to change the fate of Tamil Nadu, while political and governmental change in the state is important and a compulsion.

The actor sounded his poll bugle against the ruling AIADMK as well as against the major opposition party DMK.

Rajinikanth said he would float his political party in January 2021 and an announcement in that regard will be made on December 31, 2020.

Speaking to reporters here, Rajinikanth had said: “The time has come to change the fate of Tamil Nadu. Political and government change in the state is important. It will surely change. The political change is important and is a compulsion of time. If not now, it is not possible ever. Everything has to be changed. We will change everything.”

He appealed to all to support him to bring in the change.

He said that in 2017 he had announced his decision to enter politics and contest on all the 234 Assembly seats.

On the other hand another actor-turned-politician and founder of Makkal Needhi Maiam (MNM) Kamal Haasan is upset with the Election Commission as it has turned down his request to allot ‘Battery Torch’ as symbol for the 2021 Tamil Nadu Assembly polls.

The MNM is expected to seek legal recourse to get the torch symbol for Tamil Nadu polls where Kamal Haasan will be contesting.

While Dhinakaran as an independent won the bypolls from R.K. Nagar constituency in 2017, defeating AIADMK and DMK candidates, his party was allotted ‘Gift Box’ symbol for the Lok Sabha polls.