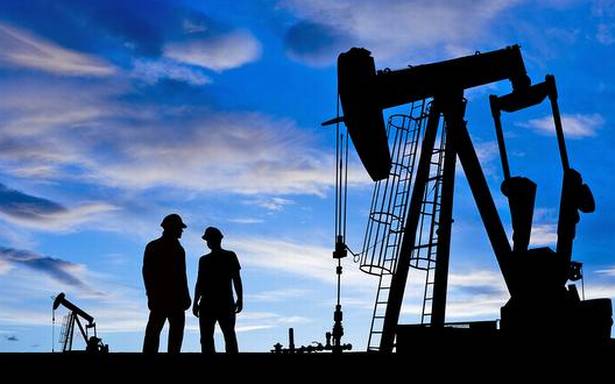 Oil prices fell on Thursday, giving up some of the recent strong gains, although losses were curbed by production cuts and hopes that rollouts of vaccines will drive a recovery in demand.

“Crude oil futures rallied following a bigger than expected fall in inventories in the US,” ANZ said in a note. “However, sentiment was curtailed by a rise in gasoline inventories.”

Crude stocks last week fell for a third straight week, dropping 6.6 million barrels to 469 million barrels, their lowest since March, according to the Energy Information Administration. Analysts in a Reuters poll had forecast a 985,000-barrel increase.

Brent has risen for the previous nine sessions, its longest sustained period of gains since January 2019. On Wednesday was the eighth daily rise for US crude.

However, some analysts say prices have moved too far ahead of the underlying fundamentals.

Stocks were flat in early trading in Asia on Thursday as investors kept tapping the brakes on runs in asset prices after taking in tepid US inflation data and comments from the Federal Reserve chief affirming the outlook for a slow recovery.

Crude has jumped since November as governments kicked off vaccination drives for Covid-19 while putting in place large stimulus packages to boost economic activity, and the world’s top producers kept a lid on supply.

Top exporter Saudi Arabia is unilaterally reducing supply in February and March, supplementing cuts agreed by other members of the Organization of the Petroleum Exporting Countries (OPEC) and allies, known as OPEC+.