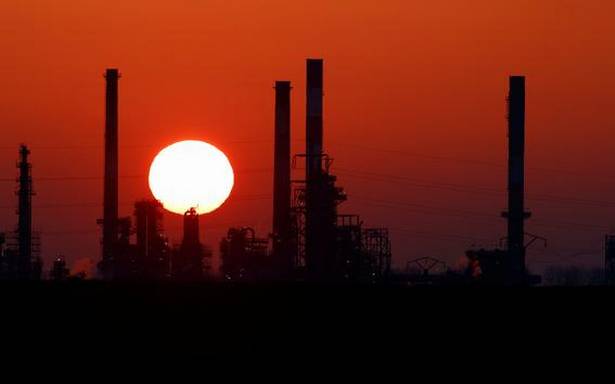 Oil was slightly lower on Monday, relatively placid after four sessions of wild swings in price, as efforts continued to dig out the giant container ship clogging the Suez Canal and little new emerged in the demand picture.

Both benchmarks are roughly where they were before the EverGiven became a household name after the container ship got stuck in a narrow portion of the canal last week.

Hundreds of other container ships, bulk carriers and oil-laden tankers are backed up at both ends of the canal as salvage teams intensified excavation and dredging to re float the 400-metre (440-yard) ship.

“Each day that passes increases the oil on water rather than in the refinery for processing,” said Stephen Innes, chief markets strategist at axi. That “should help to re-tighten the physical market and stabilize prices.”

Oil prices rose more than 4 per cent on Friday, capping a week of wild swings as traders and investors tried to weigh the impact of the blockage of a key trade transit point and the broader effect of lockdowns to stop coronavirus infections.

Prices are getting some support from expectations that the Organisation of the Petroleum Exporting Countries and its allies will maintain lower output levels when they meet this week.