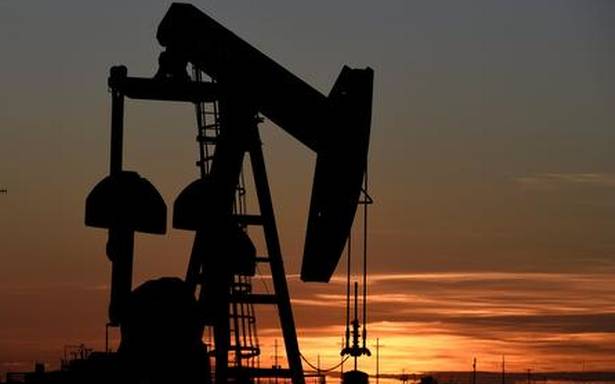 Oil prices fell 1% on Tuesday on concerns that new pandemic curbs and slow vaccine rollouts in Europe will slow a recovery in fuel demand and as producers cut prices, indicating ample oil supply.

“(The declines) are to do with vaccine roll out issues and lockdowns in Europe,” said Lachlan Shaw, National Australia Bank’s head of commodity research.

Germany, Europe’s biggest oil consumer, is expected to extend restrictions on shopping and travel into April to contain a third wave of Covid-19 infections, which has led economists to cut their growth forecasts.

Extended lockdowns are being driven by the threat of a third wave of infections, with a new variant of the virus on the continent.

“This is heightening fears that the pessimistic forecasts from both the International Energy Agency and the EIA (Energy Information Administration) recently could eventuate,” ANZ Research said in a note.

The Paris-based IEA last week cut its forecast for crude demand in 2021 by 2.5 million barrels per day, while the EIA forecast global oil supply would surpass demand in the second half of 2021.

Physical crude markets are indicating that demand is lower much more than the futures market.

Nigeria, Africa’s biggest oil producer, on Monday cut its official selling prices for April-loading cargoes, suggesting that suppliers are trying to encourage sales. Angola, the continent’s second-biggest producer and a key supplier to China,still has some April cargoes that remain unsold, indicating alack of interest from Chinese refiners.

“Physical prices have been weaker than futures have been suggesting for several weeks now,” Shaw said.

U.S. crude stockpile data from the American Petroleum Institute will be released later on Tuesday. Analysts estimate U.S. crude inventories fell by about 900,000 barrels in the week to March 19 while refinery utilisation rose by 3.2 percentage points, according to a Reuters poll.

Inventory data from the EIA, considered more definitive,will be released on Wednesday.