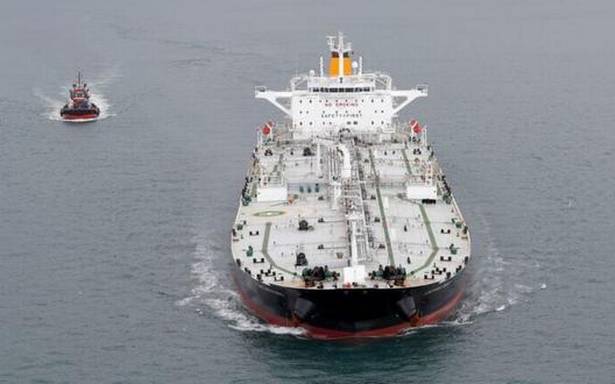 Oil prices slid in early trade on Thursday on fresh worries about weakened fuel demand, after England clamped down on travel, and China, the world’s second-largest oil consumer, also sought to limit Lunar New Year trips to stem a surge in Covid-19 cases.

“It looks like the market’s really paying attention to some of the demand concerns. The one which has really taken over more so than others is what’s going on in China,” said Commonwealth Bank Commodities Analyst Vivek Dhar.

The market had been supported earlier this week by a surprisingly large decline in US crude stockpiles in the week to January 22, which analysts said was due to a pick-up in US crude exports and a drop in imports.

Oil inventories dropped by 9.9 million barrels, the most since July, to their lowest since March, the Energy Information Administration reported on Wednesday. Gasoline stockpiles rose and distillate fuel inventories declined amid slightly lower refinery runs.

But attention is now turning back to demand concerns amid arise in Covid-19 infections with contagious new variants.

Also read: Government in a spot as fuel prices deliver a ‘crude’ blow

“The economic backdrop remains uncertain as governments struggle to fight off the spread of Covid-19,” ANZ Research said in a note.

England, in lockdown since January 4, on Wednesday clamped down on travel, requiring people arriving from high-risk Covid-19 countries to quarantine for 10 days and barring outbound trips for all but exceptional reasons.

More concerning is China, analysts said, whose increasing fuel demand supported the market last year. The country is now facing a rise in coronavirus cases as it heads into what is normally the busiest travel season of the year, the Lunar New Year holiday.

The Chinese Ministry of Transport has forecast the number of trips that will be taken will be up 15 per cent from last year, when the virus was raging, but down 40 per cent from 2019.

Flights out of Shanghai are already being cancelled, Dhar said.

“China — they were the ones supporting the market. If you have issues forming in China, that really puts a brake on the demand story for now,” he said.