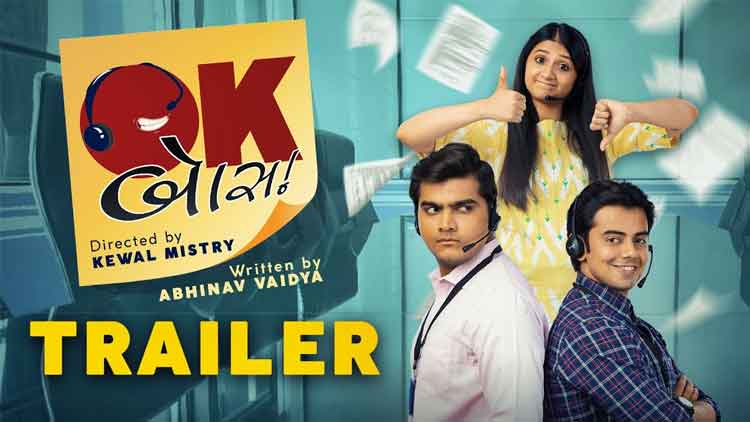 OK Boss(Season 1) is a Gujrati web series that consists of Comedy, Drama, Thriller, and Suspense. The story of the web series begins with a recruiting company where one trainee joins the company and two colleagues train the intern. There is some love triangle also involved between trainee and trainer.

They are all struggling to get recognition in their company by competing with each other and hence you will find many suspense and comedy in the web series. The music on this show is awesome and after listening to groovy tunes it will remind you of a corporate lifestyle. After watching the trailer you can not stop yourself from watching this amazing show.

As a special appearance of this show, we have Ragi Jani as the father of Dhaval. You will be able to watch OK BOSS (Season 1) from 10th July onwards only on the OHO Gujrati platform or app. OHO Gujrati is an independent OTT platform for Gujrati web series and exciting movies.

Good news for Christopher Nolan fans! ‘Tenet’ to now stream in India on this...

A Table For Two: Host Ira Dubey is back with a second season where...

April looks promising when it comes to entertainment with these shows from your favorite...