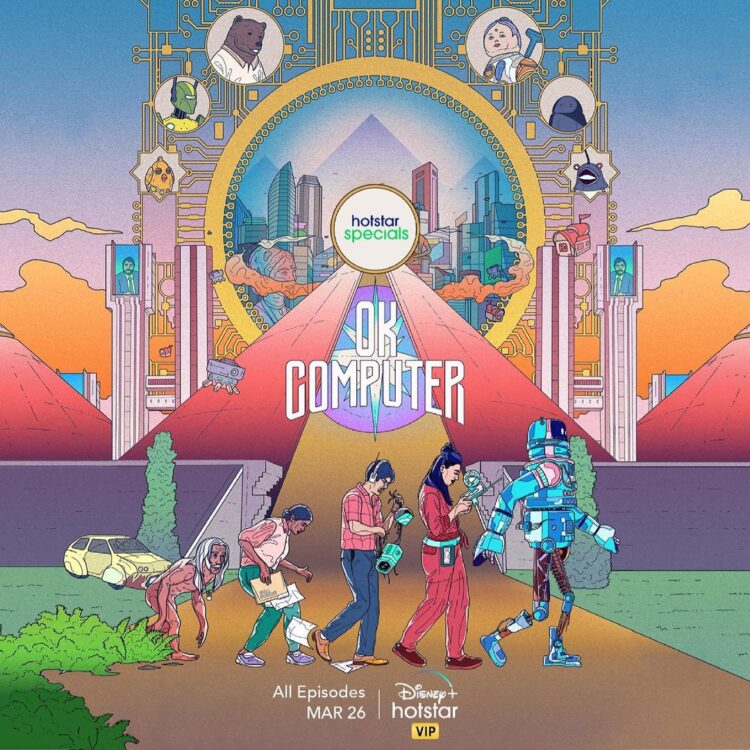 India’s first Sci-fi dark comedy thriller OK Computer has the masterminds of unconventional storylines behind its lens. Anand Gandhi, Pooja Shetty and Neil Pagedar are the trio that have put together something that India has never experienced before, a series that is most anticipated.

Some of very unique stories have churned out with the courtesy of Anand Gandhi. Few of their previous work in the likes of Ship Of Thesus that marked a beginning of a meaningful wave in Indian Cinema with its stirring storyline, An Insignificant Man — a documentary that can easily be tagged as the most watched docu feature to ever come out of India, Tumbbad a period horror feature film that again took the audience minds for a stir, SHASN – a political strategy board game, after chess that was made — a first tabletop game globally. These are proof that they’re vision leaps all bounds and no ordinary content has taken birth when they put their mind to it. OK Computer is something new, thought provoking and out of the box that the audiences will experience soon.

The makers are the backbone of the magnanimous structure that the project takes, and in this scenario with a visionary like Anand Gandhi it is bound to unfold gloriously well and his magic will translate on screen proving a visual treat for the viewers.

Helmed by the debutant creator/director duo Pooja Shetty and Neil Pagedar and produced by Anand Gandhi. Ok Computer has an star studdest cast in Radhika Apte, Vijay Varma, Jackie Shroff and Rasika Duggal to name a few. The series is going to release on March 26, 2021.