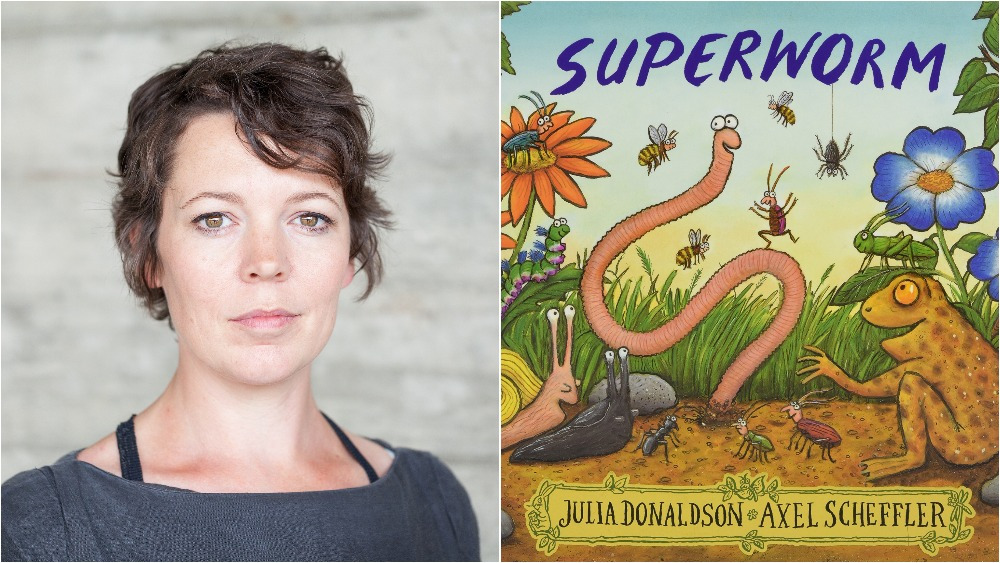 The BBC is once again turning to Oscar-nominated Magic Light Pictures for its latest animation special. The studio behind The Gruffalo will bring Julia Donaldson and Axel Scheffler’s book Superworm to life with a cast including Olivia Colman and Matt Smith.

Colman will narrate, while Smith will feature as hero Superworm. They are joined by Patricia Allison (Sex Education) as Butterfly, and Rob Brydon (Gavin & Stacey) as the Crow.

Super-long and super-strong, Superworm is always on hand to help out other animals and insects, but when he is kidnapped by wicked Wizard Lizard and sidekick The Crow, his friend Butterfly must come to the rescue.

Superworm is directed by Sarah Scrimgeour and Jac Hamman, from a script by Max Lang and Suzanne Lang. The producer is Barney Goodland, with executive producers Martin Pope and Michael Rose for Magic Light. The composer is Rene Aubry, while animation services are provided by Blue Zoo Animation Studio.

Colman said: “This is such a lovely project to be involved with. When reading the script, and imagining all those goings on at the end of the garden, I could really get a feel for the pure fun and joy that the film will bring.”

Superworm is the BBC’s ninth Donaldson and Scheffler adaptation, as the stories have become fixtures of the BBC One’s Christmas line-up. Last year’s adaptation was Zog and the Flying Doctors, which was watched by 7 million viewers.