One key part of China is behind in the economic recovery 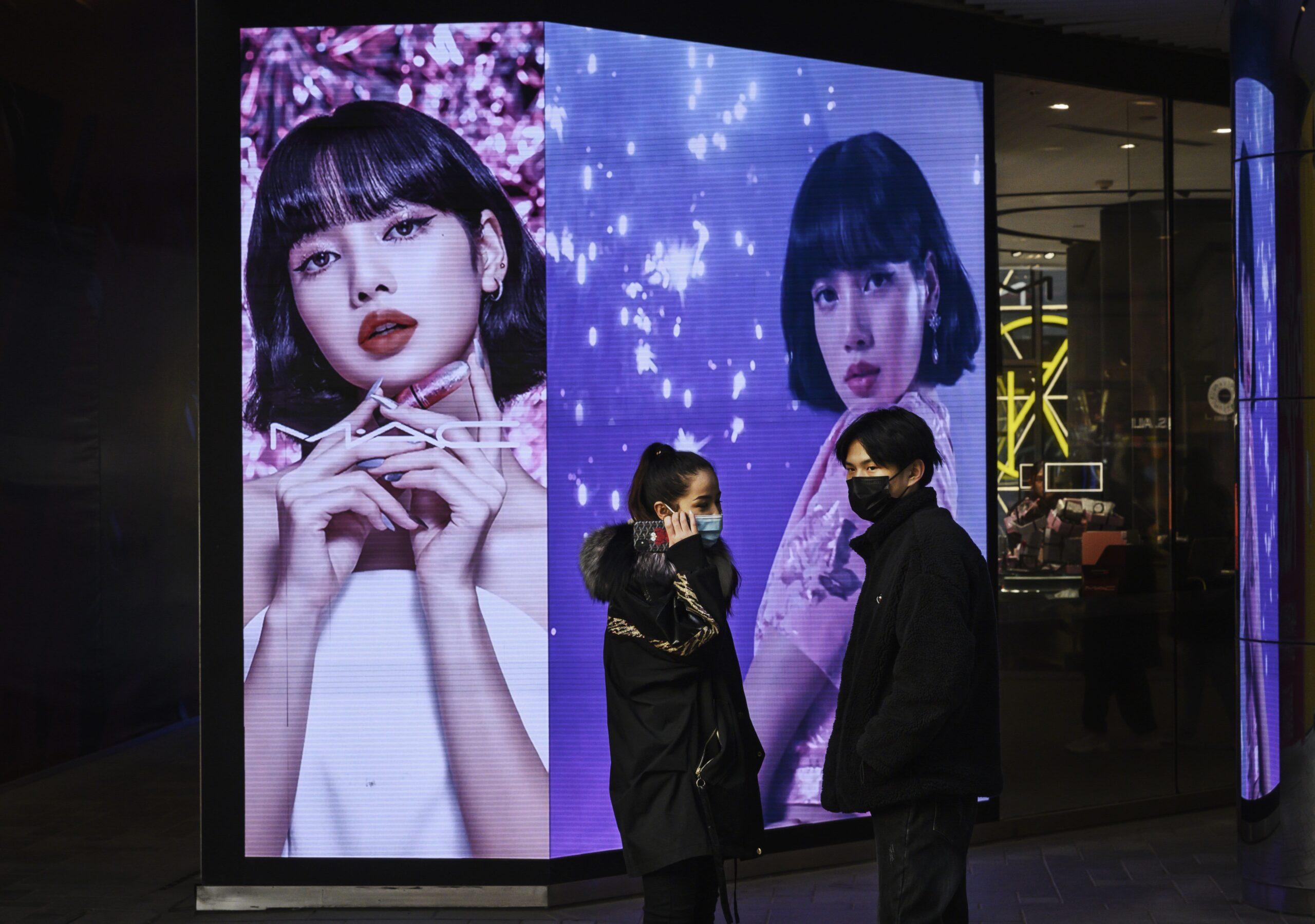 Shoppers stand next to an ad for a cosmetic company as part of a display at a shopping mall on December 9, 2020 in Beijing, China.

BEIJING — For many people in China, the economic shock of the coronavirus pandemic remains.

China’s gross domestic product is widely expected to expand 2% this year — the only major economy to grow amid a global recession. So far, that growth has come mainly from more traditional industries such as manufacturing, rather than consumer purchases. That’s a concern for a country of 1.4 billion people whose livelihoods Beijing is trying to support through increased reliance on domestic demand.

“What’s a little bit concerning against the backdrop of the economic recovery is still sluggish demand, especially in consumption,” Jianwei Xu, senior economist for Greater China at Natixis, said on a call with reporters Thursday.

He noted that household income has only grown slightly compared with last year. “We still need time to see a full rebound in consumption,” Xu said.

Average disposable income among households in Chinese cities climbed 2.8% in the first three quarters of this year from a year ago, according to official data accessed through Wind Information. In 2019, income grew by 7.9%.

Another indication of pressure on shoppers showed up in the November consumer price data released last Wednesday. The overall index and sub-index that excludes food prices dropped for the first time since 2009.

In particular, prices for consumer goods fell 1% from a year ago.

The recovery in production is not bad, but demand is still rather weak, so the drop in CPI reflects how China’s supply is greater than demand, said Jianguang Shen, chief economist at JD Digits, which was spun off from Chinese e-commerce company JD.com. Shen was formerly the chief economist at Mizuho Securities Asia.

Analysts at Bain and Kantar Worldpanel also found in their ninth annual study of Chinese shoppers that average selling prices for a basket of household goods fell this year as consumers looked to get more value for their money amid increased uncertainty about future income.

Anecdotally, many employers deferred or cut pay for workers at the start of this year as businesses struggled to survive in the wake of the coronavirus pandemic.

Unemployment in cities remained at a relatively high 5.3% in October, after hitting a record high of 6.2% in February, according to official, but highly doubted, figures.

Reflecting these pressures, retail sales are down 5.9% for the year through October, despite a return to year-on-year growth on a single-month basis in August.

In addition, the livestreaming e-commerce sales phenomenon that took off during the pandemic has contributed to the drop in average selling price since many products are sold on promotion, the Bain and Kantar Worldpanel report noted. About 7% of overall consumer sales tracked in the first three quarters of this year came from livestreaming, versus roughly 4% last year, according to the study.

“Consumption has been slow overall (in China),” Rob Subbaraman, head of global macro research at Nomura, said in a call with reporters Thursday.

“One (reason) is that the government direct support for households hasn’t been as strong as in say the U.S. or Europe where there’s been a lot more from a fiscal support (perspective), direct handouts,” he said. “In addition to that, obviously the wealth effects are important and the equity markets in China have not recovered as strongly as say in the U.S., so that kind of confidence boost from having more wealth, feeling you can spend more, isn’t as strong.”

The S&P 500 has surged more than 13% this year, versus the Shanghai composite’s gain of more than 9%.

Growth in the real estate market, where most people in China put their assets, has also remained slow. Year-on-year increases in a residential house price index for 100 cities has remained below 5% for almost all of the last two years, according to data from Wind. Authorities have sought to limit speculation, while China’s overall economic growth has slowed and even contracted in the first quarter of 2020 during the height of the pandemic.

Looking ahead to next year, most economists expect China’s consumption will recover.

“We believe private consumption recovery would be supported by unwinding of excess savings in 2020 (which is equivalent to 6% of annual consumption),” Morgan Stanley’s Chief China Economist Robin Xing and his team said in a note Thursday.

They predict China’s GDP will grow 9% next year, versus 2.3% this year, with the labor market fully recovering in the first half of the year.

Already, in a sign of some pick-up of the consumer in China, retail sales rose 4.3% in October from a year ago. The catering segment grew for the first time in 2020, up 0.8% from a year ago.