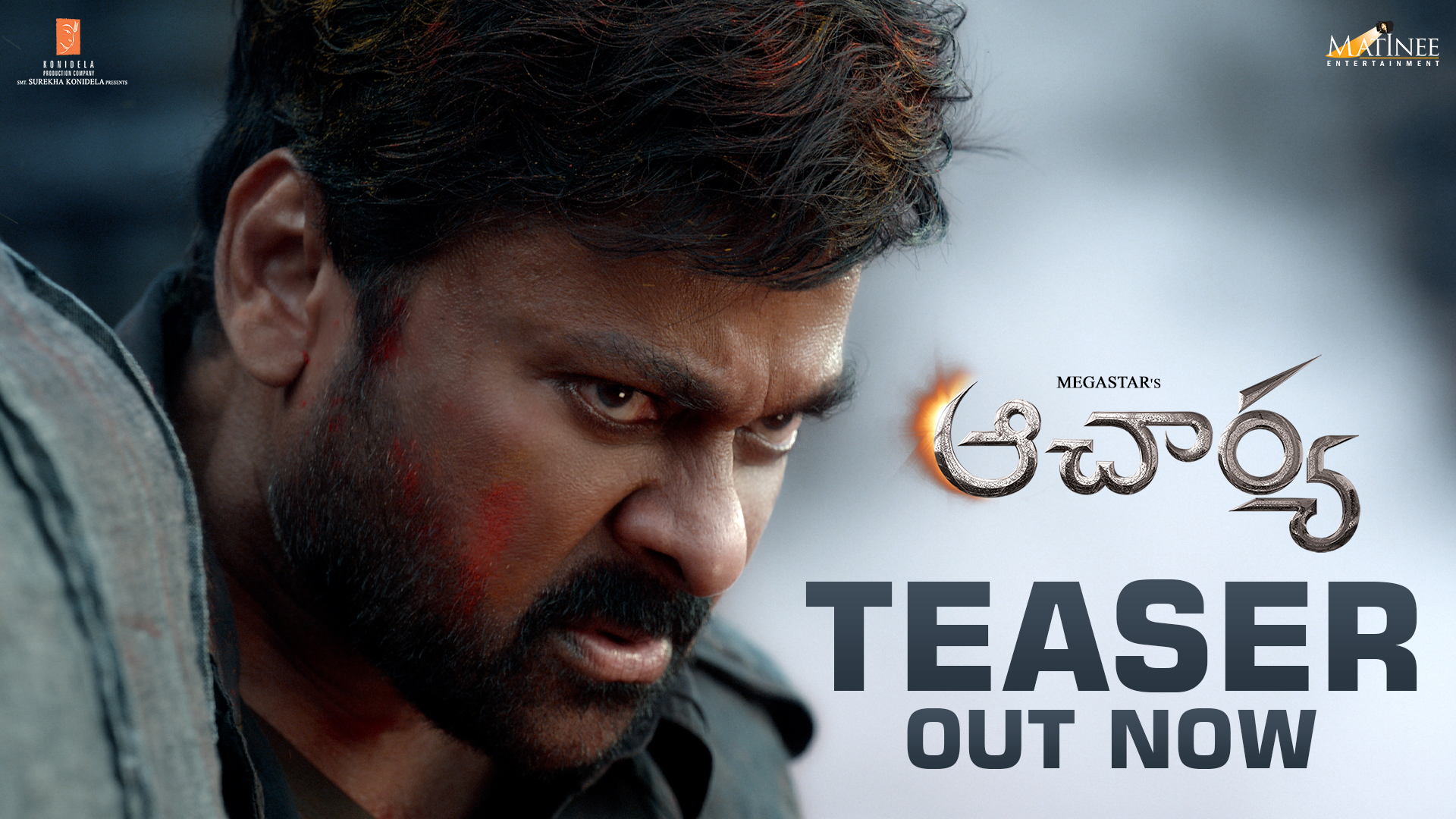 The mega madness has begun as the teaser of Acharya was released today. Megastar Chiranjeevi has taken the internet by storm with the much awaited teaser going viral within minutes of its launch. We surely cannot wait to see the father son duo of Megastar Chiranjeevi and Mega Power Star Ram Charan come together in Acharya!

Acharya starring Chiranjeevi, Ram Charan, and Kajal Aggarwal is being directed by Koratala Siva. Ram Charan and Niranjan Reddy are jointly producing the film under Konidela Production Company and Matinee Entertainment. Mani Sharma is scoring the music. The film is slated for release in summer, 2021.

FIRST LOOK: Lee Do Hyun takes us back in time in newly released teaser...