Home General One way Trump could block the stimulus bill: A pocket veto

One way Trump could block the stimulus bill: A pocket veto 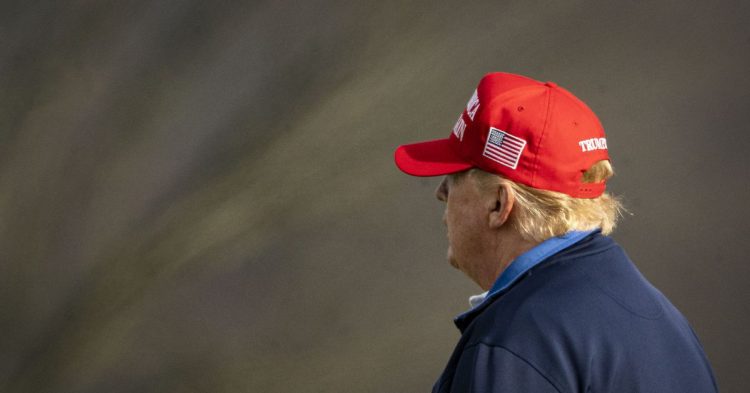 With time running out before the end of Congress’s current session, there’s one tool that President Donald Trump could use to block a new stimulus bill without outright rejecting it: a pocket veto.

As Fox News reporter Chad Pergram explains, the name of this veto comes from presidents’ ability to effectively table bills and put them in their “pocket.”

As laid out in the Constitution, if the president does not sign a bill within 10 days of receiving it (excluding Sundays) and Congress adjourns during that time, the bill is considered vetoed. Because Congress has already adjourned by that point, it does not have the ability to override this veto.

Speculation about a potential pocket veto has emerged this week after Trump posted a last-minute speech criticizing the stimulus bill as a “disgrace” and calling on Congress to amend it. In his remarks, he urged lawmakers to increase the amount allocated in stimulus checks from $600 to $2,000. He also threatened to oppose the bill, though he did not commit to vetoing it if these demands aren’t met, raising questions about how he’ll respond when Congress likely fails to make the changes he wants.

It’s very possible that Trump won’t do anything and will simply sign the bill anyway; but if he wanted to, he could still veto the bill directly or go the pocket veto route.

Because the stimulus bill was passed so late in the year, it’s likely now within the window for a pocket veto. As of Wednesday afternoon, the final legislation had yet to be sent to the White House, which means there’s less than 10 full days, excluding Sundays, between now and Congress’s adjournment on January 3. (Although Congress passed the stimulus bill earlier this week, lawmakers needed a few extra days to finalize the text and officially “enroll” the bill before it was sent to Trump.)

As a result, if Trump doesn’t sign this bill by the time Congress adjourns, the pocket veto will take effect.

Trump’s main advantage in using this veto option is that Congress is unable to override it in the short term. If he were to veto the stimulus bill outright, it’s possible that lawmakers would have the numbers to override that veto given how much support it previously received. By using a pocket veto, however, Trump runs out the clock, so Congress doesn’t have the opportunity to respond.

In using this method, Trump would block the stimulus bill from becoming law, and force Congress to re-pass the legislation in a new term. This could be one way for him to express his opposition to the bill, though it’s unclear how this would benefit him prior to leaving office. Instead, if he took such action, he’d be responsible for delaying much-needed aid to millions of people grappling with unemployment, housing costs, and soaring coronavirus case counts.