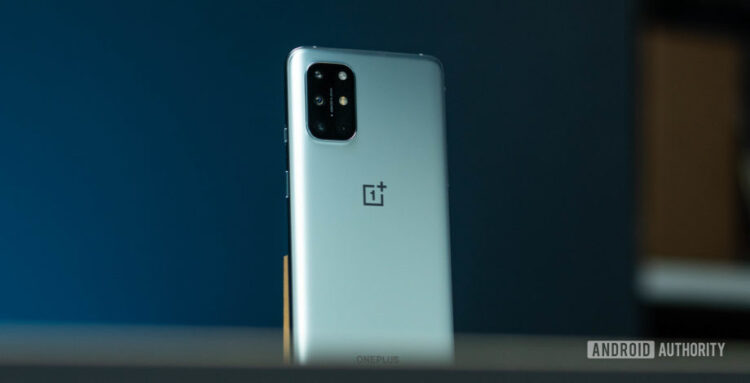 The latest update comes with a number of crucial fixes for the overall system, camera, and clock. It also upgrades the phone with the March Android security patch.

You can read the complete changelog below.

As always, this OTA will be incremental. A broader rollout should start in the next few days.

Original article: October 30, 2020 (8:35 AM ET): Welcome to the OnePlus 8T updates hub. Here, you’ll find everything you need to know about the latest Android updates for the device, including past and future software versions.

Like its siblings, the OnePlus 8T runs on Oxygen OS, OnePlus’ homebaked Android skin. Oxygen OS is known for fast updates that come for a very long time, so be sure to bookmark this page and revisit often.

The latest flagship from OnePlus features some relatively subtle upgrades over the OnePlus 8. However, it does feature a huge new feature: Warp Charge 65, which will allow the 8T to charge faster than any other OnePlus phone.

OnePlus pushed the OnePlus 8T’s first update on October 19. Version 11.0.1.2 improved the phone’s power consumption and network connectivity. It also brought camera tweaks to the Nightscape video mode and further white balance adjustments. For customizers, the Canvas style was added to AOD options. There was also a controversial addition. The Amazon Shopping app was bundled with the update in India prompting an outcry from users. Thankfully, the app can be uninstalled relatively easily.

On October 30, 2020, OnePlus rolled out Oxygen OS 11.0.2.3 for the OnePlus 8T. It brought improvements to the phone’s power consumption. It also addressed Bluetooth latency, fixed a Gallery issue, and tackled a desktop icon problem.

On November 5, OnePlus released the Oxygen OS 11.0.3.4 build for the OnePlus 8T. It included optimizations to power consumption, improvements to camera quality and stability, and a bunch of bug fixes.

In mid-November, OnePlus rolled out a hot-fix Oxygen OS update for the OnePlus 8T in India, EU, and the US. The update contained a number of optimizations for things like call stability, camera, power consumption, the alert slider, gaming, and more. It also carried several bug fixes. You can read the complete changelog here.

On November 21, OnePlus rolled out Oxygen OS 11.0.5.6 for the OnePlus 8T. The update consisted of a bunch of improvements, including better fingerprint recognition and imaging quality. OnePlus said power consumption optimizations in the update also increase the battery life of the phone. In addition, the update fixed an app cache bug and a screen flash issue. Overall system performance and stability also got a boost. You can read the complete changelog here.

OnePlus launched the Oxygen OS 11.0.6.7 update to unlocked devices around the world in late December. The biggest change with this update is the introduction of a new feature that allows you to adjust the keyboard height. This should help people have a better typing experience since they can adjust the keyboard to fit their unique needs and preferences. This update also delivered improved Nightscape image quality, improved gestures, better fingerprint unlock, and the November 2020 patch.

On March 12, 2021 OnePlus announced the first open beta for the OnePlus 8T. It brought a number of optimizations and the February security patch to the phones.

Let us know which OnePlus 8T update you’re rocking in the comments, and if you’ve spotted a recent update we’ve missed, tip us!

Are you looking for another device update? Head to our general Android 11 update tracker at the link.