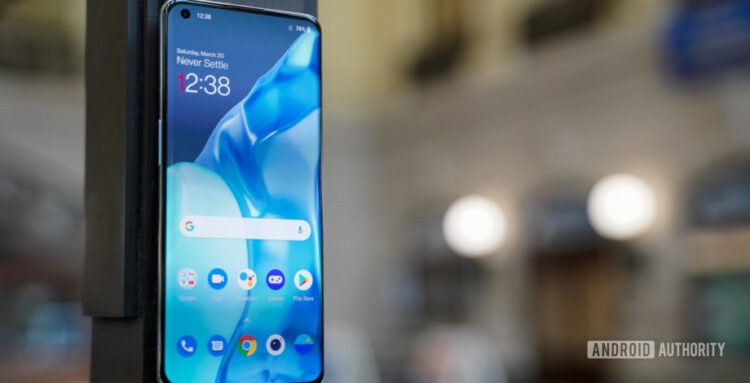 OnePlus has slowly been pushing its way to premium territory with its phones, but the new OnePlus 9 series goes even higher while offering impressive screens, fast wired and wireless charging, and cameras that can finally compete with the very best. Wondering what else is out there before you buy? Here are some of the best OnePlus 9 alternatives you should be looking at. Much like OnePlus, Xiaomi is no stranger to offering cheaper flagship phones although it too has been climbing towards premium territory. Nevertheless, the €749 (~$889) Xiaomi Mi 11 is a great alternative to the vanilla OnePlus 9.

The Mi 11 offers some powerful innards much like the vanilla OnePlus phone, but it also offers a sharper screen (QHD+ 120Hz OLED) if you like the OnePlus 9 Pro display but don’t want to pay that much.

Xiaomi’s flagship also serves up features like a 4,600mAh battery, 55W wired charging, and 50W wireless top-ups. A 108MP main camera, 13MP ultra-wide lens, and 5MP telephoto macro camera can be found on the back. You’re not getting a telephoto shooter or a super high-resolution ultra-wide camera, but you do get some fancy features like a clone mode, night video, and more. Samsung is arguably the biggest rival to OnePlus in North America and Europe, and the Galaxy S21 range is the latest and greatest flagship range from the Korean firm. The base Galaxy S21 starts at $800, making it $70 more expensive than the standard OnePlus 9. You’re getting water resistance and a pseudo-telephoto camera by opting for this phone, but you’re giving up a bigger battery, a high-resolution ultra-wide camera, and much faster wired and wireless charging.

On the other end of the spectrum is the S21 Ultra, coming in at ~$230 more than the OnePlus 9 Pro. For the extra money, you’re getting two telephoto cameras (3x and 10x), a bigger battery, and S Pen support. However, you do miss out on faster wired and wireless charging by opting for the Samsung device over the best OnePlus 9 series device.

Samsung has also committed to offering three years of Android version updates, as well as four years of security patches. OnePlus usually endeavors to offer the former with some of its flagships, but this isn’t a formal policy.

Apple’s iPhone 12 devices are the first iPhones to sport 5G silicon, but there’s more to them than just faster connectivity. We’ve got four models on offer in this generation, starting from the $699 iPhone 12 Mini all the way to the $1,099 iPhone 12 Pro Max.

Apple’s phones miss out on a load of features seen on the OnePlus 9 series though. These include high refresh rate screens, fingerprint scanners, 8K recording, and fast wired/wireless charging. The non-Pro iPhones also skimp on telephoto cameras (much like the vanilla OnePlus 9), only offer 64GB of base storage, and have small batteries.

Still, these phones are worth considering if you’re curious about iPhones or wanted to hop aboard Apple’s suite of services. They’re also great OnePlus 9 alternatives if you value a lengthy commitment to software updates. Like the idea of the OnePlus 9 Pro but want something eye-catching and unique? That’s where the Oppo Find X3 Pro comes in. Oppo’s premium flagship offers a stunning glass design that our own Eric Zeman compared to a Star Wars spaceship, making for one of the coolest designs of the year. But there’s more to the phone than neat hardware.

The Find X3 Pro packs a 50MP IMX766 camera sensor for both the main and ultra-wide cameras, delivering a similar level of detail and color consistency as a result. You’re also getting a 3x telephoto camera, as well as a 3MP micro-lens. The latter is able to take unprecedented microscope-style shots that a macro camera just can’t match, although the resolution is on the low side.

Our verdict: Oppo Find X3 Pro review — Form and function but not quite flawless

Otherwise, Oppo’s phone offers a top-notch QHD+ 120Hz OLED panel, Snapdragon 888 SoC, 65W wired charging, 30W wireless topups, a 4,500mAh battery, and IP68 water/dust resistance. So you’re getting plenty of features that made the OnePlus 9 Pro stand out. One of the biggest downsides is the price though, with the €1,149 (~$1,356) price tag being notably more expensive than the OnePlus 9 Pro.

Google’s most recent Pixel flagship represents a rather different strategy for the company, as it abandons flagship silicon in favor of mid-range 5G hardware. So you might want to give this a skip if you plan to play loads of games on your device.

The Pixel 5 also misses a few other features found on OnePlus 9 series devices, such as fast wired/wireless charging, a high-resolution ultra-wide camera, and a 120Hz refresh rate. In any event, you’ve still got some nice features like a 90Hz OLED panel, IP68 rating, standard wireless charging, and a 4,080mAh battery, all for cheaper than even the standard OnePlus 9.

Google’s Pixel phones also stand out for picture quality, and you’re getting a 12MP main/16MP ultra-wide rear camera setup. Other notable features include a clean version of Android and a long commitment to software updates. Poco’s latest phone is a great match for the China- and India-exclusive OnePlus 9R on paper, being equipped with the same Snapdragon 870 SoC and a very similar 120Hz FHD+ OLED screen. The two phones also have a similar battery size (~4,500mAh) and a 48MP main camera.

The Poco F3 otherwise differs from the OnePlus 9R when it comes to wired charging (33W versus the OnePlus phone’s 65W) and secondary rear cameras (8MP ultra-wide and 5MP telephoto macro versus 16MP ultra-wide, 5MP macro, 2MP depth). Another differentiating factor is software, as the OnePlus 9R uses the Oxygen OS 11 skin while the Poco device uses the Poco launcher based on MIUI.

You don’t need to get the latest and greatest, because the OnePlus 8 Pro is still a great OnePlus 9 alternative as well. It offers a number of features that make the OnePlus 9 Pro stand out, such as a QHD+ 120Hz OLED display, IP68 water/dust resistance, and fast wireless charging.

The OnePlus 8 Pro is currently available for $699 via the likes of Amazon and the OnePlus Store, making it cheaper than the OnePlus 9. Sure, you miss out on the newest silicon and faster wired charging, but you do gain a sharper screen and water/dust resistance as standard.

That’s it for our rundown of the best OnePlus 9 alternatives! Are there any other phones that come to mind? Then leave a comment below.