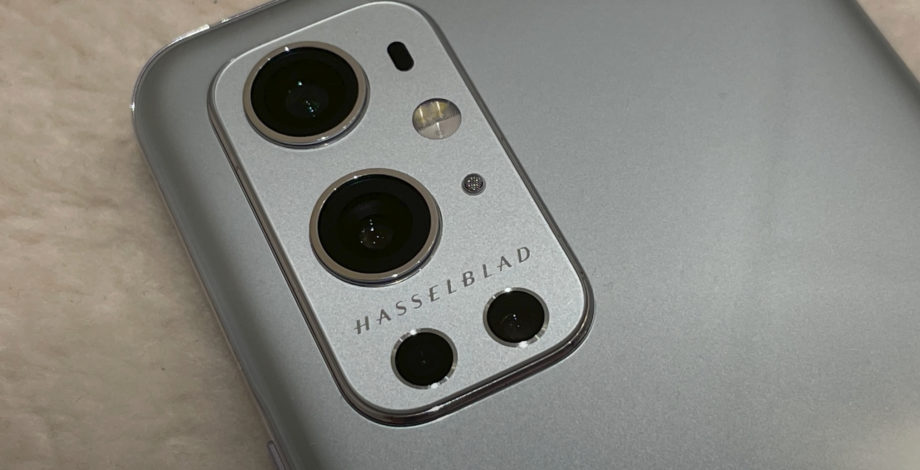 Cameras have always been the Achilles heel of OnePlus devices. However, the OnePlus 8 Pro was an outlier and offered great imaging skills. Looks like the smartphone maker is taking photography even more seriously this year. Alleged images of a OnePlus 9 Pro prototype leaked over the weekend bearing Hasselblad branding on the camera mound.

For those who don’t know, Hasselblad is a Swedish camera company known for its medium format cameras and lenses. It doesn’t sell its tech for cheap, so for the OnePlus 9 Pro to come with camera smarts from the brand means it could be a pricey affair.

The images of the phone were obtained by YouTuber Dave2D. The channel was approached on Discord by an unnamed source who gave up the OnePlus 9 Pro prototype in a glossy silver colorway. Other popular tipsters like Max Jambor and Ishan Agarwal later corroborated the leak on Twitter.

Of course, the biggest highlight here is this Hasselblad partnership. It doesn’t guarantee a great camera system on the OnePlus 9 Pro, but at the same time, Hasselblad has a proven track record in its field, and we wouldn’t be surprised if this becomes the best camera phone OnePlus has ever made.

We previously saw Hasselblad partner with Motorola for the optional True Zoom Moto Z mod. The company had also teamed up with now-defunct luxury phone maker Vertu for an $11,000 phone back in 2014.

The OnePlus 9 Pro’s prototype shows it features a quad-camera array. According to the YouTuber, the setup consists of an ultra-wide sensor and a telephoto camera with 3X zoom. One of the leaked images also shows a Tilt-Shift mode suggesting there might be a moving lens in there. This mode was also recently spotted in a teardown of the OnePlus Camera app.

Elsewhere, the OnePlus 9 Pro appears to have a curved display instead of the flat screen we’ve seen on leaked renders of the OnePlus 9. There’s the familiar alert slider on the side and a USB-C port at the bottom. Strangely, a screenshot of the settings shows 11GB of RAM paired with 256GB storage. Traditionally, we would expect the RAM to be 12GB and that’s most likely what you’ll get on the final unit.

Also read: OnePlus 9 series: Everything we know so far