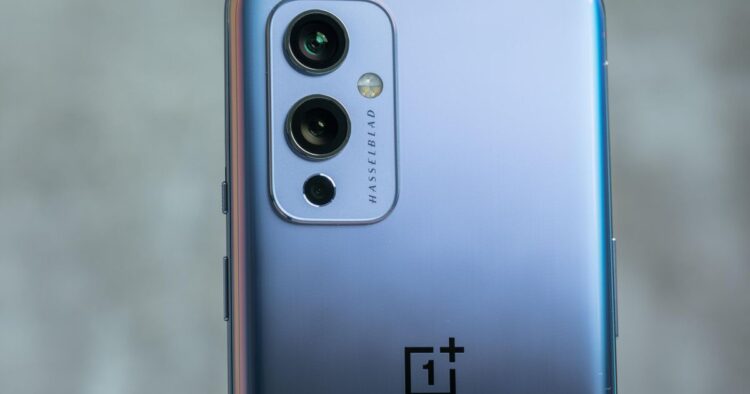 I said the OnePlus 9 Pro was the best phone OnePlus has ever made and while it over-delivers in every category save for its camera, its price might give you pause. While the standard OnePlus 9 might not share the Pro moniker of its bigger brother, it packs in everything that’s most exciting about its sibling and comes with a lower price to boot.

From its lightning-fast performance to its great battery, it has a great lineup of features that all make for a really solid everyday phone. Sure, it might not have some of the more glitzy features of phones like the Samsung Galaxy S21 Ultra or the iPhone 12 Pro Max, but with a much more approachable starting price of $729 (£629), it represents excellent value all-round and is a great phone to consider if you’re not looking for the best of the best. Shipping March 26, preorders get a set of OnePlus Buds Z as a bonus. (There’s no official Australian price, but the UK price converts to AU$1,125.)

In addition to its two new phones, OnePlus has also introduced the OnePlus Watch, which goes up for preorder on April 14.

Here then are five reasons why this is the best OnePlus phone to buy right now.

The OnePlus 9 has the same size battery as its 9 Pro brother, yet I found its battery life to be quite a bit better. Why is that? It’s probably all about the screen. At 6.55 inches and 2,400×1,080 pixels, it’s slightly smaller and lower resolution than the 9 Pro. That means fewer pixels to light up and so there’s less of a drain on the battery. On our rundown tests it kept going for a hugely impressive 23 hours, which puts it on par with the S21 Ultra and laughs in the face of the 15 hours the 9 Pro achieved.

And don’t worry about that lower resolution — I honestly can’t tell the difference between the two screens and certainly it’s not something you’d notice 99% of the time.

If you do manage to hammer the battery and find yourself running low in the afternoon, the OnePlus 9 has the same 65-watt fast charging as the Pro. It’s amazing and can take it from empty to full in about 30 minutes. That really is quite shockingly quick and it means it’s great for those occasions when you’ve forgotten to charge it and just need to give it a quick top up before you head out.

Even better is that a 65-watt fast charger comes in the box, so there’s no need to scour Amazon to find a third-party one that’s compatible. It supports wireless charging too, although it doesn’t have the fast 50-watt wireless charging of the 9 Pro. Personally, I don’t think that’s much of a loss, but it’s worth keeping in mind.

I fully expected the OnePlus 9 to have a lower-end processor than the Pro, but no, it’s packing the exact same Qualcomm Snapdragon 888 chip, which is an absolute powerhouse. Gaming, photo editing, video streaming — all handled with zero fuss. In fact, there’s nothing I could really throw at it that slowed it down.

It’s a pleasure to use for your everyday tasks too, thanks in part to the 120Hz screen refresh rate and the neat and easy to use Android 11-based software — both of which are features you’ll also get on the 9 Pro.

I argued with the 9 Pro that its camera is great, but it’s not up there with the Galaxy S21 Ultra or the iPhone 12 Pro Max. While the same is true on the OnePlus 9, this phone isn’t trying to compete with the absolute elite of the smartphone world, so I can be a lot more forgiving here.

That said, there have been some compromises on the camera from the Pro version. It has no optical zoom, for example, so you’ll be using the standard and super-wide lenses, and the main camera has a physically smaller sensor. For most shots you probably won’t be able to tell the difference, as it can take some really gorgeous photos with even exposures and plenty of detail. The colors from the OnePlus 9’s camera can sometimes look more muted compared to those from the 9 Pro, but there are a variety of built-in color filters to select from if you want to give things a punchier look.

The night mode works well (in the standard zoom, anyway) and selfies from the front camera are sharp and well exposed too. All in all, it’s a great camera for all of your everyday snaps, but if you do want the best images around, you’ll need to look further up the range.

I like the 9 Pro’s classy design and thankfully the standard OnePlus 9 has much of the same visual appeal. There’s the glossy back and metallic edging, the neat camera unit and I like the pinky-bluey tones on my review model too. Its screen doesn’t curve nicely at the edges like the Pro and overall it feels more midrange than high-end, but is that really a reason to spend the extra? For me, it’s a perfectly good trade-off.

It also doesn’t have any official waterproofing, and while OnePlus reckons it can still shrug off a spilled drink or two, it’s best to be extra careful next time you’re around clumsy friends carrying beer.

It’s one of the very few trade-offs you’ll need to consider when debating the OnePlus 9 versus the OnePlus 9 Pro. This thing is cheaper, it’s just as powerful, it has a decent camera for most of your daily snaps and it has a battery that puts up more of a fight.

In short, it’s a superb do-it-all phone that won’t break the bank and that’s why I think it’s the best OnePlus phone to buy right now.

Back to Top
Close Add post
X
Poco F3 Teardown Video Shows LiquidCool Technology 1.0 Plus, Other Internals…AndroidPoco F3 was recently launched in the European market and is a rebranded Redmi K40. The company on Friday shared a teardown video for Poco F3 showing t…

X
Samsung Galaxy S21 FE: 5 things we want to seeAndroidCredit: David Imel / Android AuthorityIn 2020, the Samsung Galaxy S20 FE (which stands for “Fan Edition”) surprised us all with how good it was. In fa…
close