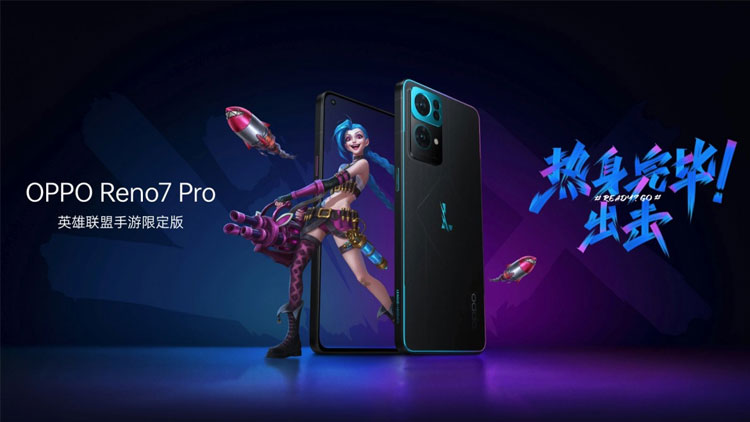 Oppo Reno 7 was launched in China on 3rd December and many Indians still waiting for its India launch. It is speculated that Reno 7 will be launching in India around 7th January 2022.

Now, Oppo is set to launch its Limited Edition: Reno 7 Pro League of Legends Edition. Here’s what to know about the price, specifications, and additional perks about the Oppo phone so far.

The Limited Edition contains preloaded content which includes themes, icons, and animation effects. All inspired by the League Champion character, Jinx. On top of all this ColorOS 12.

The single 12GB RAM + 128GB storage combination of the Oppo Reno 7 Pro League of Legends Edition costs CNY 3,999 which is roughly USD 630 or INR 47,000. The phone comes with a 6.55-inch full-HD AMOLED display (1,080×2,400 pixels) with a 20:9 Aspect Ratio and 90Hz refresh rate. An octa-core MediaTek Dimensity 1200 processor, which the OPPO phone would 5G supported. It includes a triple rear camera setup of 50-megapixels, 8-megapixels, and 2-megapixels and a front camera of 32-megapixels. It has a battery capacity of 4500mAH and supports 65W Fast Charging.

OPPO Reno 7 Pro League of Legends Edition is set to launch on 10th December in China.