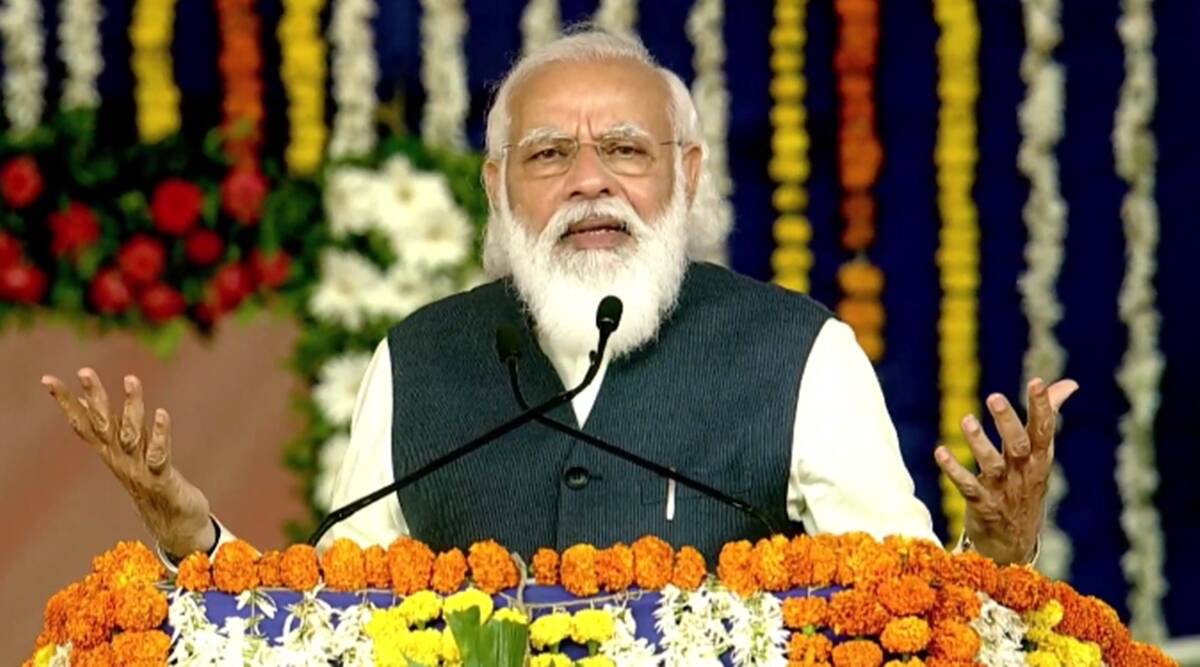 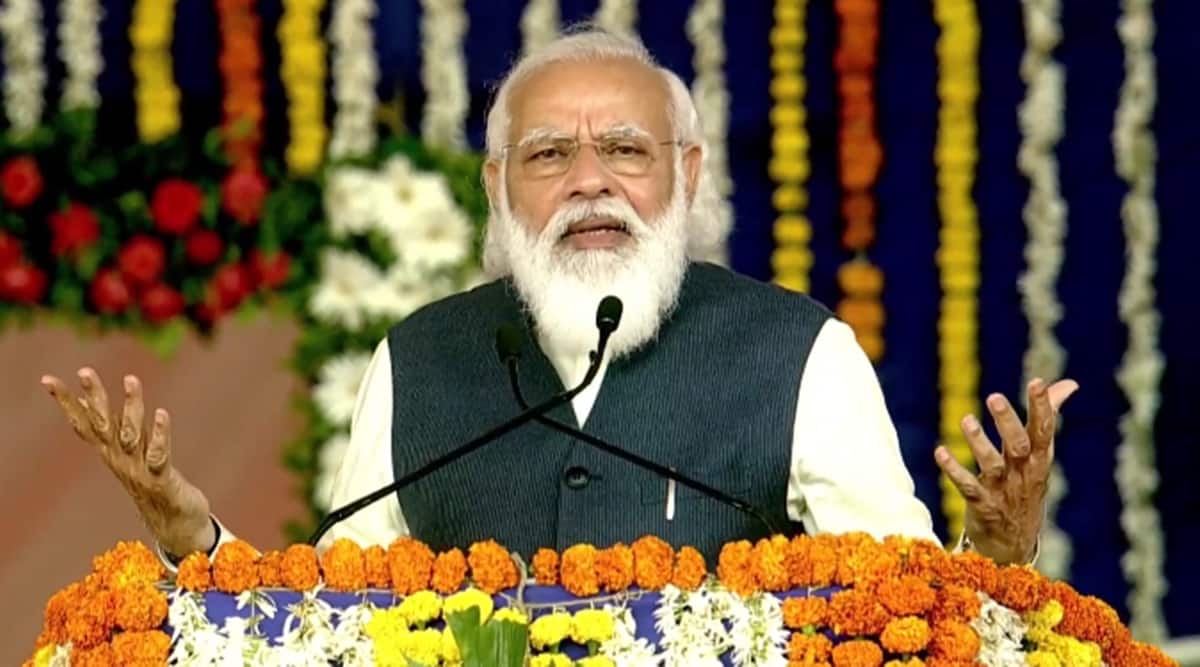 Prime Minister Narendra Modi during the event in Kutch.

With the farmers’ agitation against the three agriculture reform laws spilling over to the third week and no end in sight to the deadlock in talks with the Centre, Prime Minister Narendra Modi on Tuesday said the government would keep assuring farmers and address their concerns even as he accused the Opposition parties of misguiding them.

Addressing a gathering after laying foundation stones of a desalination plant, a hybrid renewable energy park, and a fully automated milk processing and packing plant in Gujarat’s Kutch, PM Modi said farmers gathered near Delhi were being misled as part of a conspiracy.

“Farmers are told that their land will be grabbed by others if new farm reforms get implemented. I want to ask you, did the dairy owner take your cattle because you are selling milk to him? The government is always committed to farmer welfare and we will keep assuring the farmers and addressing their concerns” PM Modi said.

Hitting out at the Opposition parties, PM Modi said they were themselves in favour of these farm sector reforms when they were in power. “Opposition is misleading farmers, shooting from their shoulders. They also wanted these reforms but they couldn’t when they were in power. But now that we have managed to do it, they are misleading farmers. I want to reiterate that my government is ready 24 hours to resolve all your doubts,” he said. 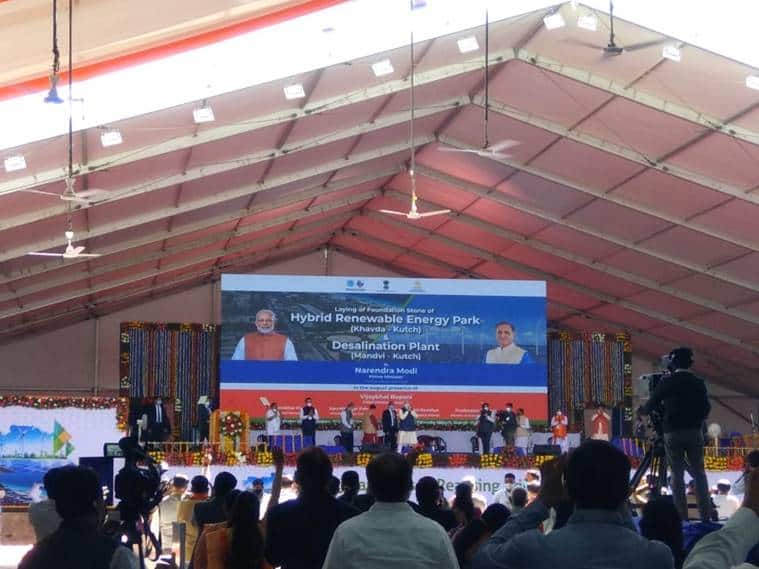 Farmers, largely from Punjab and Haryana, have been camping on borders of Delhi for over 20 days, demanding the repeal of farm laws enacted recently.

The government said that it was willing to continue talks but won’t take back the laws. “A repeal is not possible, and a 0-1 binary will not work. The government has given an amendment option. It is also willing to change the wordings of the three laws based on farmer concerns,” said a top government source who is in the know of developments in Krishi Bhawan.

Earlier in the day, Modi laid the foundation stone for a slew of developmental projects, including a 30,000-megawatt (MW) hybrid renewable energy park, a desalination plant and a modern milk processing plant of Sarhad Dairy.

This desalination plant, with 10 crore litre per day capacity (100 MLD), will strengthen water security in Gujarat by complementing Narmada Grid, Sauni network and treated waste water infrastructure. The Hybrid Renewable Energy Park near Vighakot village in the district will be the country’s largest renewable energy generation park. It will lead to the generation of renewable energy to the tune of 30 GW.