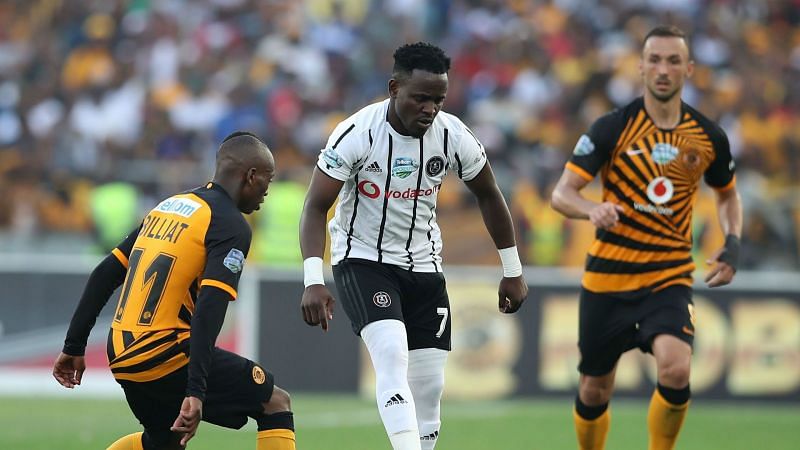 The South African Premier Soccer League is back with a high-octane Soweto derby this weekend as Kaizer Chiefs take on Orlando Pirates at the Orlando Stadium on Saturday. The two South African giants have blown hot and cold this season and will want to win this game.

Orlando Pirates are currently in fifth place in the South African Premier Division and have endured a minor slump in recent weeks. The Buccaneers have a good squad and have a point to prove going into his match.

Kaizer Chiefs, on the other hand, have managed to recover after a miserable start to their campaign but have plenty of work to do to move towards the top of the table. The Glamour Boys played out a 1-1 draw last week and will need to take it up a notch in this match.

Kaizer Chiefs have a historical advantage as far as the head-to-head record in the Soweto derby and have won 31 games out of a total of 71 matches played between the two teams. Orlando Pirates have managed 17 victories against Kaizer Chiefs and will need to improve in this fixture.

The previous meeting between the two sides earlier this season ended in a 2-0 victory for Orlando Pirates. Kaizer Chiefs were outclassed by their opponents on the day and have plenty of work to do ahead of this game.

Orlando Pirates will have to account for a few injuries going into this game. Bongani Sam is currently injured and has been sidelined this week. Frank Mhango and Thembinkonsi Lorch have returned to the squad and are likely to feature in this game.

Kaizer Chiefs have their fair share of injuries to account for in this game, with manager Gavin Hunt confirming that Dumisani Zuma will be unavailable for this game. Bernard Parker has served his suspension and will be back for this match.

Orlando Pirates have managed only eight points from their last five games and have a few issues to resolve ahead of this match. The Buccaneers have good players at their disposal and will want to avoid a negative result this weekend.

Kaizer Chiefs also have a few concerns to address and will have to be at their best in this game. The Soweto derby has seen some entertaining encounters over the years and should feature yet another excellent contest.