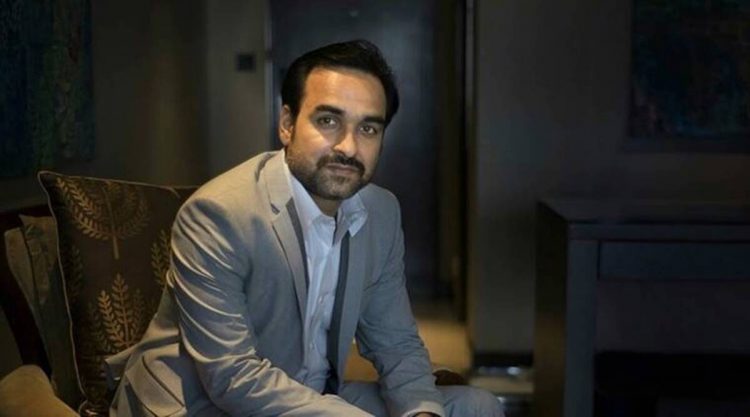 “Bollywood, in my personal opinion, is a very democratic space… I could never have believed that an actor who looks like me could have played the protagonist in a Hindi film, like I do in Kaagaz, my upcoming film. This was not possible 10-15 years ago. On a film set everyone, from the hero to the lightman and makeup artist, they are all equal,” said actor Pankaj Tripathi.

His comment, coming at the end of a year that saw the Hindi film industry embroiled in a debate about nepotism, was made at the Express eAdda on Monday, where the actor was in conversation with national features editor Devyani Onial and the Indian Express film critic Shubhra Gupta.

Tripathi, who has had a stellar year, with widely appreciated performances in the films Gunjan Saxena: The Kargil Girl, and Ludo, and in web series Mirzapur and Criminal Justice, spoke on a range of topics, including his early days as a struggler in Mumbai, his motivation for pursuing acting, and the current state of the Hindi film industry.

When asked which “school of acting’ he thinks he belongs to, Tripathi, 44, who won a Special Mention at the National Film Awards for his performance in the film Newton (2017), fondly remembered his late colleague Irrfan, who passed away earlier this year.

“I have not seen a lot of films, and I have almost zero reference of older actors. My training school was the National School of Drama, from where people like Pankaj Kapur and Naseeruddin Shah came. Irrfan sahab left a huge impression on me though I don’t know if I hail from his school of acting. But if I came to be associated with his school, that would be a huge honour for me. Mujhe unse bada prem thha (I was very fond of him),” he said.

Tripathi and Irrfan worked together in Angrezi Medium, which was released in March this year.

Tripathi has also established a small-screen presence with web shows like Sacred Games and Mirzapur. At the eAdda, he addressed what he described as the “formula trap” that OTT platforms can fall into, an example of which is the spate of similar gangster stories that are streaming on different platforms.

“We see that in the entertainment industry: (there is) one hit story, and then the tendency to replicate it. (If) we do something once, it is a novelty, but (if) we do it too often, it loses its impact,” said the actor.

Responding to a question about any directorial dreams he harboured, Tripathi said, “Yes, some day hopefully. I get visuals of the landscapes of various places in my mind — right from a full moon night of Rann of Kutch, to the desolate Nubra Valley in Leh. I can only share them with the world when I direct, not through speaking alone.”

When asked by the Ambassador of Suriname to India Aashna Kanhai about a future where he might join politics, Tripathi responded: “We’ll see.”

The actor, who dabbled in student politics during his college days in Patna, said, “I have worked so hard to be an actor, and now people recognise me as an actor. It would seem a bit strange if I shifted careers from abhineta (actor) to neta (politician). But politics does have the ability to effect change that can impact the lives of people directly. I don’t know, maybe, in the future, if the opportunity presents itself.”