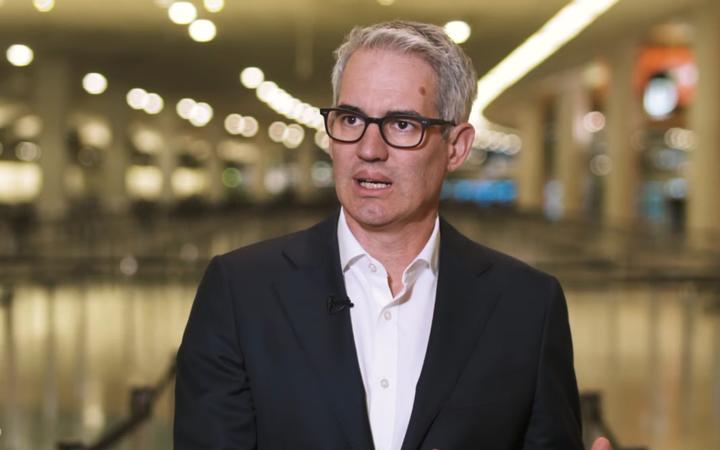 The chief executive of Auckland Airport has plenty of work to do before stepping down some time in the next few months.

Andrew Littlewood is leaving as Auckland Airport chief executive some time in the next few months.
Photo: RNZ / Nick Monro

Adrian Littlewood announced today he was stepping down after nine years in the job, but his leaving date is yet to be set as he said he wanted to leave his successor with a clear roadmap for the work ahead.

The company had been working on a 30-year, multi-billion-dollar redevelopment plan for New Zealand’s largest airport when the pandemic struck, sending the business into a tailspin.

“That master plan was a 30-year plan and still holds,” Littlewood said

“Obviously the conditions on which we were planning have completely changed with Covid … but we will be back into building airport infrastructure again as soon as that recovery stabilises.”

He said the company had continued to work on a number of projects, such as road and airfield works during the pandemic.

“And it was possible because we did the big $1.2 billion equity raise to fund that.”

“Our rebuild plan needs to match the recovery.

“Our strategy for our 30-year plan was to bring together the domestic and international into a hub airport format and that is still the plan,” he said, adding there were ongoing discussions with airlines and other agencies to see how that might evolve.

Littlewood said that work was beginning to come together and it was the right time to take his leave.

The board said it would consider internal and external candidates for the top job.

“It’s a complex job and it touches so many different parts of our country, economy, industries and so you’ve got to be flexible to work across all,” Littlewood said.

“So we are many different businesses all in one, so someone with a broad base of skills will no doubt do a great job.”