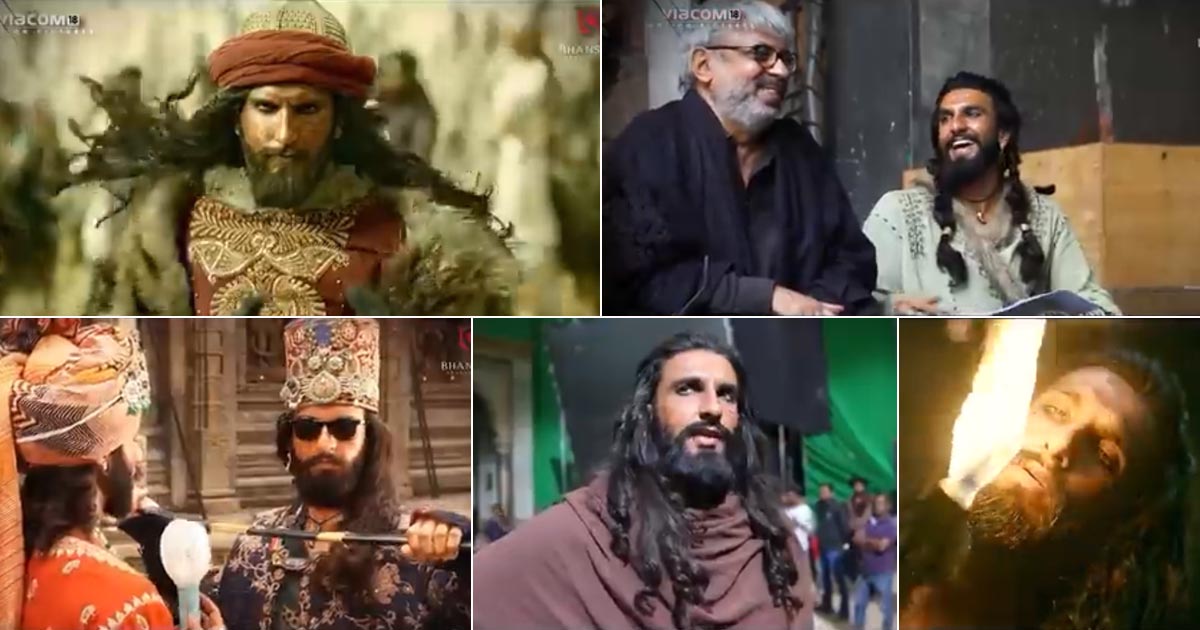 Bollywood star Ranveer Singh explored the dark side through the role of Alauddin Khilji in the 2018 Sanjay Leela Bhansali directorial Padmaavat and says it was an unforgettable experience.

On Monday, which marked the third anniversary of the film’s release, Ranveer shared a special Instagram video from the making of the film, and his speech on the final day of the shoot.

“My tryst with the dark side. An unforgettable experience. Thank you Sanjay Sir for making me a part of this spectacular vision. #Khilji #3YearsOfPadmaavat,” he wrote along with the video.

The behind the scenes video shows glimpses of Ranveer Singh filming various scenes as Khilji. He is seen rehearsing for one of his speeches in a black tee, and in one instance he is seen in full getup, wearing shades, as he stands in front of Shahid Kapoor who, too, is in costume.

He is also seen giving a speech on the last day of his shoot.

“Ek saal ho gya, ek saal tak jhela mere ko aap logo ne, isi baat pe aap logo ko award milna chahiye. Main wada karta hu zindagi bhar ke liye shaan se aap sab bol sakuge ke meine Padmaavat pe kaam kiya hai. (It’s been a year, you have tolerated me for one year, you all should get an award for this. I promise you that we all will be proud about working on the film for our entire life).”

Later in the video, Ranveer said: “All of us have put in blood, sweat and tears. Now it is up to god. It is a bit terrifying to think about how the final product will look like, if our work will translate well on screen but the feeling is good, we have done something good for sure. So many people have worked so hard on it, the result will definitely be good.”

The film is based on 16th-century poet Malik Muhammad Jayasi’s Padmavat. It was released after much brouhaha as the Shri Rajput Karni Sena protested over the alleged distortion of facts in the film.

Must Read: Kaagaz: Satish Kaushik On Reason Behind Casting Pankaj Tripathi In Lead, “I Had To Prove To Everyone…” Exclusive!

Padmaavat Turns 3: Ranveer Singh Calls His Tryst With The Dark Side, "An Unforgettable Experience"