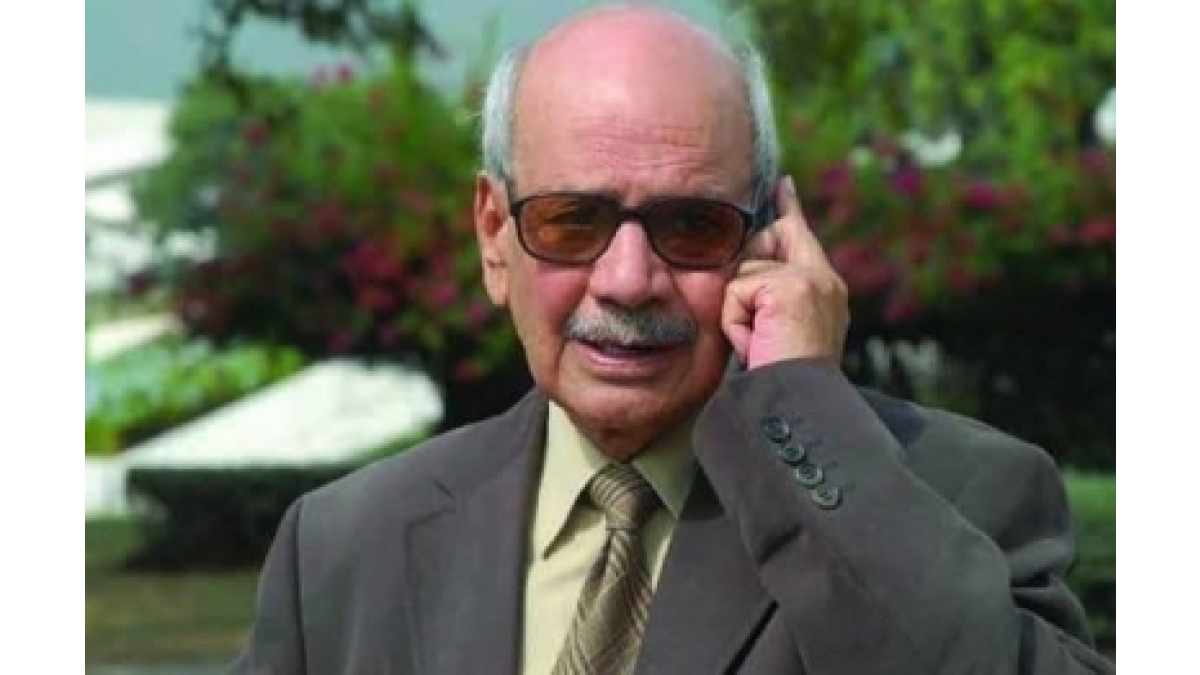 The Ministry contended that Durrani had been in direct and constant contact with the Indian Intelligence agency, the Research And Analysis Wing (RAW), since 2008, adding that he may be still in contact for future publications, which would be against the interest of Pakistan.

Durrani came under the radar after he co-authored a book titled “The Spy chronicles: RAW, ISI and the Illusion of Peace” with Amarjit Singh, the former head of India’s RAW, in 2018.

After the book’s publication, Pakistan’s Military Intelligence (MI) wrote to the Interior Ministry to put Durrani’s name on the ECL, which was later done in May 2018.

Durrani challenged the decision at the Islamabad High Court (IHC) in 2019.

The Defence Ministry, in its response to Durrani’s petition in the IHC, maintained that the “former ISI Chief’s name was put on the no-fly list for his involvement in anti-state activities”.

“A perusal of the book The Spy Chronicles revealed that it contained certain contents concerning the national security of Pakistan, being in contravention of the provision of the Official Secrets Acts, 1923.

“It is further highlighted that there are number of such publications on the way, supported by hostile elements which contain content to create misperception, confusions, question marks against the top leadership circles at country level and to target the common people,” the Ministry added in its response.

It was also claimed that Durrani had been affiliated and interacting with hostile elements especially India’s RAW since 2008, highlighting that although he had submitted an affidavit committing to refrain from such activities to the government.

“Rule 2 (c) of the Exit from Pakistan (Control) Rules, 2010, authorised the federal government to prohibit a person from exiting Pakistan for a foreign destination if the said person is involved in acts of terrorism or its conspiracy, heinous crimes and threatening national security,” the Ministry highlighted.

It maintained that they could not remove Durrani’s name from the ECL at the moment as inquiries on the matter are still in process and being finalised.

“The former ISI chief wanted to travel abroad with the intention of participating in international conferences, forums and talks, which will have serious national security implications as evident from the recently published book Honour Amond Spies, which was also authored by Durrani and published through Indian publisher /RAW supported elements.”

In February 2019, Pakistan Army spokesperson had announced that Durrani was found guilty of violating the military’s code of conduct.

A court of inquiry was ordered against Durrani for writing the book.

Later, the military court took away his pension and other post-retirement benefits.

Back to Top
Close Add post
X
Do pregnancy and COVID-19 vaccines mix? Here’s what the experts say…WorldTo vaccinate or not to vaccinate — that is the question pregnant women are asking themselves as COVID-19 shots roll out across the country.Like so man…