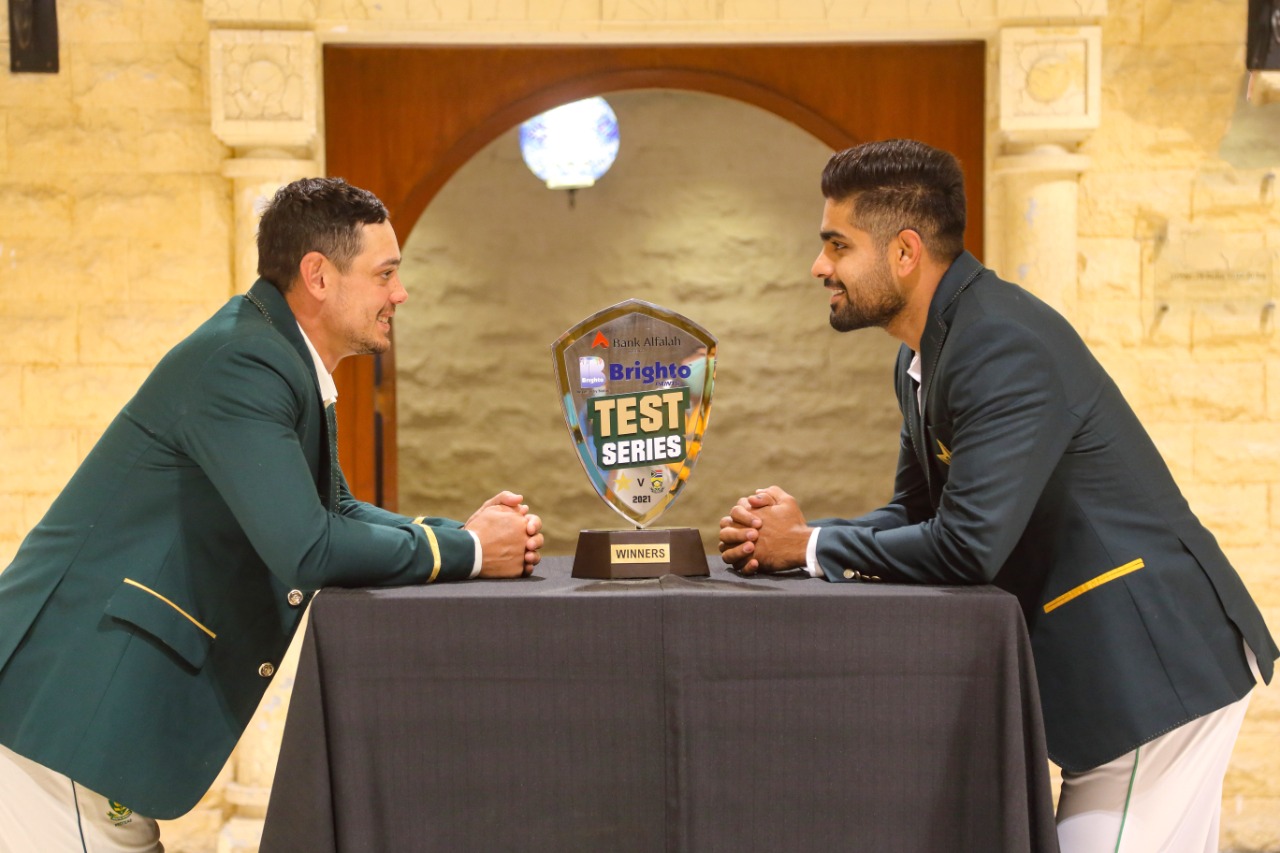 PAK vs SA 1st Test Day 2 Live Score: South Africa paceman will pose big Challenge on Day 2 for Pakistan batsman. Can they survive? Follow the match Live. Pakistan lost 4 quick wickets on just 33 runs as Proteas pacers keeps visitors on top. Pace spearhead Kagiso Rabada struck twice while Anrich Nortje and Keshav Maharaj picked a wicket each as South Africa fought back after being dismissed for 220 against Pakistan on day one of the first Test on Tuesday.

At stumps, Pakistan score read 33/4 with the hosts still trailing by 187 runs. Azhar Ali and Fawad Alam remained unbeaten on five runs respectively. It was a day of top-class bowling performances as 14 wickets were picked on the opening day — 10 by the hosts and four by the Proteas. If Pakistan dominated the first two sessions, South Africa came back strongly in the final hour of the play sending four hosts’ batsmen including skipper Babar Azam (7) back to the pavilion.

South Africa batsmen might have disappointed their fans but the bowlers came out firing on all cylinders to snatch whatever advantage Pakistan had gained in the first two sessions.

Imran Butt (9), Abid Ali (4), and skipper Babar all went back to the pavilion for single-digit scores while nightwatchman Shaheen Afridi was dismissed for a duck as Pakistan ended day with the Proteas wearing a smile on their faces.
Opting to bat first, South Africa got off to a bad start as speedster Shaheen Afridi removed Aiden Markram in the fifth over. Debutant Imran Butt took a fine catch in the slips as South Africa lost their first wicket.

A brief 33-run partnership between Rassie van der Dussen and opener Dean Elgar came to an unfortunate end as a run out in the middle handed Pakistan a second wicket. South Africa went to lunch at 94/2 after losing the wickets of Markram and van der Dussen in the first session.

In the second session, South Africa crumbled in front of Pakistan bowlers as the side lost three quick wickets before tea. Faf du Plessis wasn’t able to convert into a big score after getting a reprieve as Yasir Shah bamboozled former South Africa skipper to reduce Proteas to 108/3.

Meanwhile, opener Elgar completed his half-century and stitched a 25-run stand with skipper Quinton de Kock for the fourth wicket. But debutant Nauman Ali hogged the limelight when he dismissed de Kock and Elgar in back-to-back overs as South Africa slumped to 136 for 5.

With Pakistan taking control of the game, Yasir Shah struck soon after tea as he bowled Keshav Maharaj for a duck. Wickets kept falling for South Africa and Hasan Ali too joined the party on his return to international cricket.

Hasan dismissed George Linde in the 62nd over to leave South Africa reeling at 194/8. Minutes later Yasir struck — his third wicket — sending Anrich Nortje back to the pavilion as South Africa lost nine wickets before putting 200 runs on the board. Shaheen then ended the South Africa innings as he trapped Lungi Ngidi in front of the stumps.