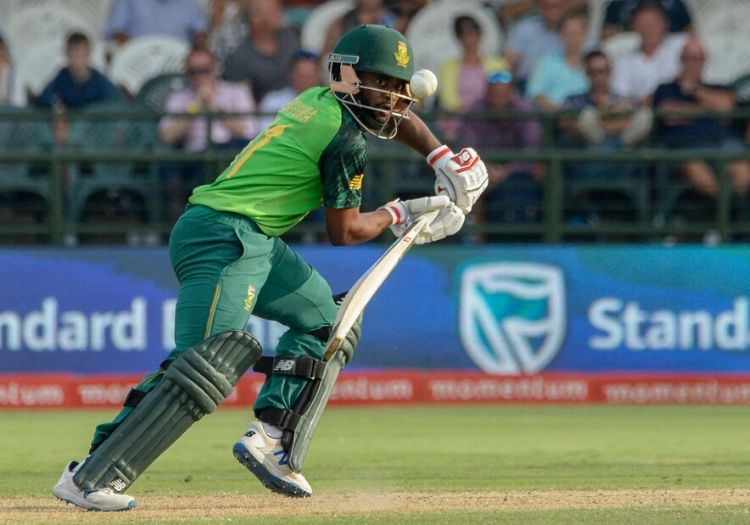 Pak vs SA: After suffering a three-wicket loss against Pakistan in the first ODI on Friday, South Africa skipper Temba Bavuma admitted that the visitors outplayed in all the departments and took the game away from them.

With this thrilling win, Pakistan has taken a 1-0 lead in the three-match ODI series. The second game will be played on Sunday at The Wanderers Stadium in Johannesburg. South Africa was reduced to 55/4, but the hosts recovered well thanks to David Miller’s fifty and Rassie van der Dussen’s hundred, and the Proteas posted 273 in the 50 overs.

However, Azam’s masterclass ton and gutsy knock by Mohammad Rizwan and Shadab Khan ensured the visitors don’t falter in the game which saw too many twists and turns.

Chasing 274, Pakistan didn’t have a good start as they lost Fakhar Zaman in the third over but skipper Babar and Imam-ul-Haq stitched a 177-run stand to revive the innings.

Bavuma said that the partnership between Babar and Imam took the game away from them.

“Not the result we were looking for, but a good game of cricket. We were tested in all departments and tested to our limits. A good start to the series, but we have areas to improve in. I think the batting didn’t help especially in the first 10 overs. The David-Rassie partnership helped, but it was too much to expect off them. The Imam-Babar stand took it away from us, and we were always on the back foot from then,” Bavuma said after the match.

Proteas skipper further is now focused on improving the mistakes done in the first game and winning the next two matches to clinch the series.

“The guys are naturally aggressive, Aiden and Quinny upfront, and our options didn’t come off, and they looked like soft dismissals, mine included. The options we take, we need to execute them much better than we did today. I think we need to look at areas that we need to improve on, and we need to take the positives into the next game. We need to win the next two to win the series and there’s no hiding behind that,” Bavuma said.

Earlier, a stunning knock of 123 from Van der Dussen and a fighting fifty from Miller helped South Africa post 273/6. The Proteas had started off well but lost quick wickets in the middle overs and were reduced to 55/4 before Van der Dussen smashed a ton. (ANI)