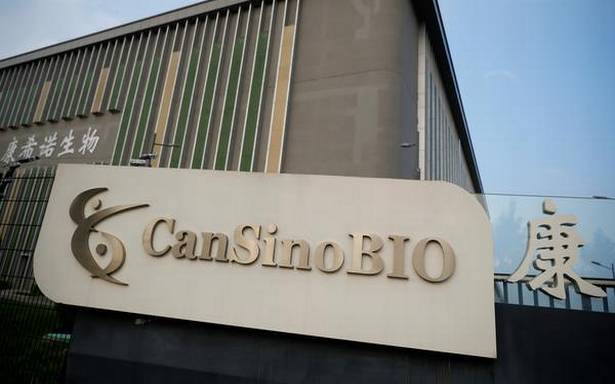 Cansino Bio is the only vaccine for which Pakistan conducted a clinical trial, with around 18,000 volunteers participating from across the country.

Pakistan has approved the emergency use of a second Chinese COVID-19 vaccine, making it the fourth drug to be cleared by the regulatory authority to tackle the deadly virus, which has claimed over 12,000 lives in the country.

Drap officials said that after its approval for emergency use, the supply of the doses will start in a few weeks.

Cansino Bio is the only vaccine for which Pakistan conducted a clinical trial, with around 18,000 volunteers participating from across the country.

The analysis, which was released by the Independent Data Monitoring Committee (IDMC), showed that it had 74.48 % efficacy rate in preventing symptomatic cases and 100 % in preventing severe disease.

Dawn newspaper reported that the Ministry of National Health Services spokesperson, Sajid Shah, confirmed the emergency use authorisation of the vaccine.

“The decision was taken considering the results of the trials. So far, four vaccines — Sinophram (China), Oxford-AstraZeneca (UK), Sputnik-V (Russia) and Cansino Bio (China) — have been registered. This will make it easy to arrange the vaccine for such a large population to create herd immunity,” he said.

Replying to a question, Shah said it was not possible to get the vaccine for millions of people from one company, so a basket would be created in which vaccines of various countries/companies would be included.

During the trial, around 9,000 volunteers were vaccinated through the University of Health Sciences (UHS) and Aga Khan University.

UHS Vice Chancellor Dr Javed Akram told Dawn that during the clinical trial of Cansino Bio, around 6,000 volunteers were vaccinated under his university.

He said only 5% of the volunteers developed minor fever but not a single casualty or hospital admission was reported.

He said issuance of emergency use authorisation to a number of companies would create competition and help bring down prices of the vaccines.

Meanwhile, the number of COVID-19 cases in the country reached 561,625 after 1,262 new cases were detected in the last 24 hours, according to the ministry of National Health Services.

The country reported 58 deaths in this period, taking the total number of fatalities to 12,276.

A total of 523,700 coronavirus patients have recovered, while 1,692 people are in critical condition.