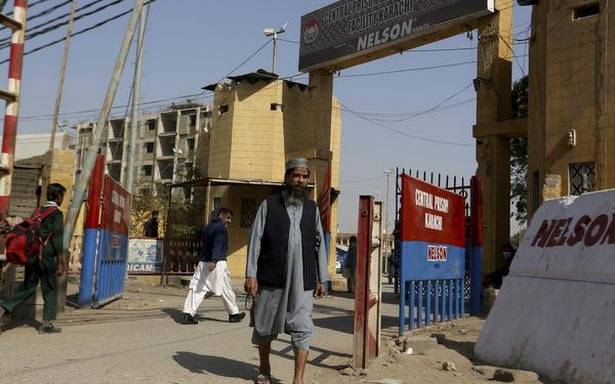 Amid mounting pressure from the U.S. and the U.N., the Pakistan government has said it would formally join the review proceedings initiated by the Sindh administration against the Supreme Court’s acquittal of British-born al-Qaeda terrorist Ahmed Omar Saeed Sheikh and his three aides in the brutal murder of U.S. journalist Daniel Pearl.

The Supreme Court on January 28 ordered the release of main accused Sheikh and his aides — Fahad Naseem, Sheikh Adil and Salman Saqib — by dismissing appeals against their acquittal by the Sindh High Court. The judgment was denounced by Pearl’s family as “a complete travesty of justice”.

The Sindh government on January 29 filed a review petition in the apex court against the acquittal of Sheikh and his three accomplices.

A spokesman of the Attorney General of Pakistan on January 30 announced that the federal government will file an appropriate application before the apex court to be allowed to join as a party in the proceedings and further seek review and recall of the court’s January 28 judgment.

The announcement came after U.S. Secretary of State Antony Blinken spoke to Foreign Minister Shah Mahmood Qureshi over phone and discussed the accountability of convicted terrorists responsible for the brutal murder of Pearl. Blinken also expressed “deep concern” over the apex court’s judgment.

The Pakistan Foreign Office in a statement said Mr. Qureshi “underscored that it was important and in the mutual interest that justice is served through legal means”.

According to some media reports, the Supreme Court would hear the review petition on February 1. However, no formal announcement has been made as yet.

Expressing concern over the acquittal of those involved in the brutal murder of Pearl, a senior U.N. official representing Secretary-General Antonio Guterres said that it is important that there is accountability for such crimes.

“What is important that there be accountability for those crimes committed,” said Stephane Dujarric said on Friday.

The U.S. also has been mounting pressure on Pakistan, demanding justice for Pearl. Last month, the U.S. said it is ready to take custody of Sheikh, asserting that Washington will not allow him to evade justice.

Acting Attorney General Monty Wilkinson said the U.S. was deeply concerned by the ruling affirming the acquittal of individuals convicted by a Pakistani trial court.

“The release of those involved would be an affront to Daniel Pearl’s family, to other terrorism victims around the world, and to the cause of justice,” Mr. Wilkinson said.

In a tweet, Congressman Brad Sherman said, “The killers of Daniel Pearl go free. And Dr. Afridi, who helped the U.S. get Osama Bin Laden, rots in jail.” “We are deeply disappointed that Pakistan’s Supreme Court has acquitted and ordered the release of Ahmad Saeed Omar Sheikh, despite overwhelming evidence of Sheikh’s involvement in the kidnapping of Daniel Pearl, which led directly to his murder,” said Steven Butler, Committee to Protect Journalist’s Asia programme coordinator.

In April 2020, a two-judge Sindh High Court Bench commuted the death sentence of 46-year-old Sheikh to seven years imprisonment. The court also acquitted his three aides who were serving life terms in the case — almost two decades after they were found guilty and jailed.

The Sindh government and the family of Pearl filed petitions in the apex court, challenging the high court verdict.

The Sindh government invoked the Maintenance of Public Order (MPO) Ordinance 1960 to keep the four men under detention.

Their continuous detention was challenged in the Sindh High Court (SHC), which on December 24 directed security agencies not to keep Sheikh and other accused under “any sort of detention” and declared all notifications of the Sindh government related to their detention “null and void”.

The order elicited an immediate response from the U.S., which on December 25 expressed its “deep concerns” over the SHC order.

The U.S. State Department said it will continue to monitor any developments in the case and will continue to support the Pearl family “through this extremely difficult process”, while honouring the legacy of the “courageous journalist”.

Sheikh in a handwritten letter to the SHC in 2019 admitted his limited involvement in the killing of Pearl. The letter was presented to the Supreme Court nearly two weeks ago and Sheikh’s lawyer on Wednesday confirmed the letter. The accused, however, didn’t explain the nature of his role which he said was “just minor”.

Back to Top
Close Add post
X
It’s likely going to take a constant stream of excited buyers to keep the GameStop, AMC rally …WorldTraders work on the floor of the New York Stock Exchange.NYSEThe vivid popular storyline in the markets last week portrayed the masses of small-fry in…