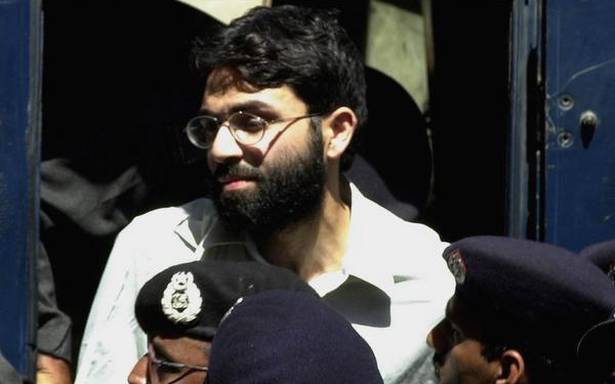 Pakistan’s Supreme Court on Tuesday ordered the Pakistani-British man acquitted of the 2002 gruesome beheading of American journalist Daniel Pearl off death row and moved to a so-called government “safe house.”

Ahmad Saeed Omar Sheikh, who has been on death row for 18 years will be under guard and won’t be allowed to leave the safe house, but he will be able to have his wife and children visit him.

“It is not complete freedom. It is a step toward freedom,” said Sheikh’s father, Saeed Sheikh, who attended the hearing.

The Pakistan government has been scrambling to keep Sheikh in jail since a Supreme Court order last Thursday upheld his acquittal in the death of Pearl generating expressions of outrage by Pearl’s family and the U.S. administration.

In a final effort to overturn Sheikh’s acquittal, Pakistan government as well as the Pearl family have filed an appeal to the Supreme Court to review the decision to exonerate Sheikh of Pearl’s murder.

The Pearl family lawyer, Faisal Sheikh, earlier said a review has a slim chance of success because the same Supreme Court judges who ordered Sheikh’s acquittal sit on the review panel.

the U.S. government has said that it would seek Sheikh’s extradition if his acquittal is upheld. Sheikh has been indicted in the United States on Pearl’s murder as well as in a 1994 kidnapping of an American citizen in Indian-ruled Kashmir. The American was eventually freed.