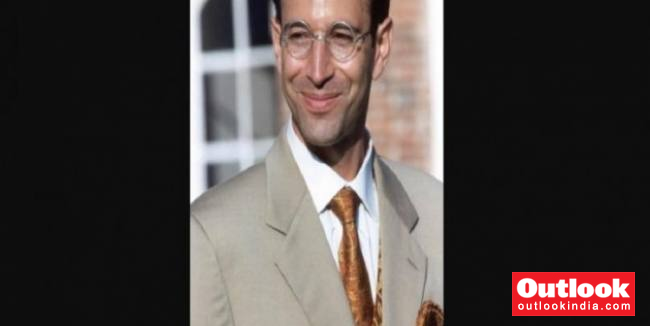 The appeals against the acquittal of British-born al-Qaeda terrorist Ahmed Omar Saeed Sheikh in the kidnapping and murder of American journalist Daniel Pearl in 2002 are dismissed by Pakistan Supreme Court on Thursday. Court also granted Ahmed Omar Saeed release from the sensational case.

Daniel Pearl was a South Asia bureau chief for The Wall Street Journal. In the year 2002, Pearl was in Pakistan investigating links between the country’s powerful spy agency ISI and al-Qaeda. During his stay in the country, Pearl was abducted and beheaded brutally.

Sheikh and his three aides were convicted and sentenced in the abduction and murder case of Pearl in Karachi in 2002.

A three-judge bench of the apex court led by Justice Mushir Alam on Thursday dismissed the Sindh government’s appeal against the Sindh High Court’s (SHC) decision to overturn the conviction of Sheikh in the Pearl murder case. The beheading of the American journalist in 2002 had grabbed international headlines.

According to the short verdict, the bench also directed to release the suspect. One member of the bench opposed the decision.

The bench upheld the SHC order by rejecting the appeals and ordered Sheikh should be set free, his lawyer Mahmood Sheikh told the media.

In April 2020, a two-judge Sindh High Court bench commuted the death sentence of 46-year-old Sheikh to seven years imprisonment. The court also acquitted his three aides – Fahad Naseem, Sheikh Adil and Salman Saqib – who were serving life terms in the case, almost two decades after they were found guilty and jailed.

The Sindh government invoked the Maintenance of Public Order (MPO) Ordinance 1960 to keep the four men under detention.

Their continuous detention was challenged in the Sindh High Court, which on December 24 directed security agencies not to keep Sheikh and other accused under “any sort of detention” and declared all notifications of the Sindh government related to their detention “null and void”.

This order elicited an immediate response from the US which on December 25 expressed its “deep concerns” over the SHC order.

The US State Department said that it will continue to monitor any developments in the case and will continue to support the Pearl family “through this extremely difficult process” while honouring the legacy of Pearl as a “courageous journalist”.

Last month, the US said it is ready to take custody of Sheikh, asserting that Washington will not allow him to evade justice.

“We cannot allow him to evade justice for his role in Daniel Pearl’s abduction and murder,” Acting US Attorney General Jeffrey A Rosen said.

“We understand that Pakistani authorities are taking steps to ensure that Omar Sheikh remains in custody while the Supreme Court appeal seeking to reinstate his conviction continues,” Rosen said in a statement released by the US State Department.

“The separate judicial rulings reversing his conviction and ordering his release are an affront to terrorism victims everywhere,” he said.

“We remain grateful for the Pakistani government’s actions to appeal such rulings to ensure that he and his co-defendants are held accountable. If, however, those efforts do not succeed, the United States stands ready to take custody of Omar Sheikh to stand trial here,” he said.

Ruth and Judea Pearl – the parents of Pearl – had condemned the decision made by the Sindh High court.

“We refuse to believe that the Pakistani government and the Pakistani people will let such a travesty of justice tarnish the image and legacy of Pakistan,” they said in a statement in December.

X
Recoveries remain higher than new Covid cases in Karnataka…India"Recoveries rose to 9,19,503 with 644 discharged on Thursday, while 550 new positive cases on Wednesday increased the state's Covid tally to 9,37,933,…
close