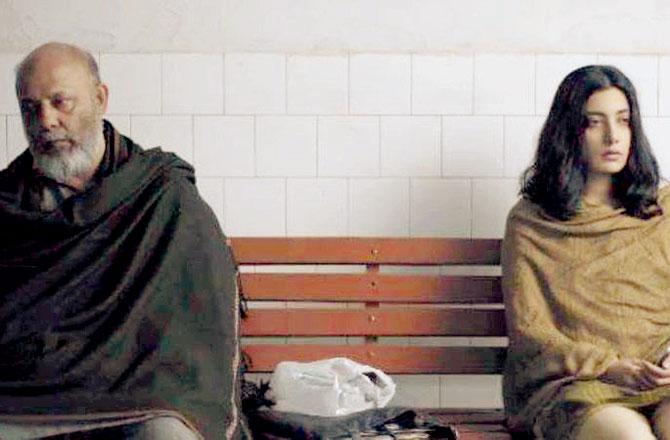 It’s almost ironic that a film that’s chosen as the official entry to the Oscars from Pakistan, failed to procure a countrywide release. The frustration is brimming on the surface for filmmaker Sarmad Khoosat, whose Zindagi Tamasha is a strong contender from the sub continent at the upcoming Academy Awards run. With the film being the closing offering at last week’s I-view World Film Festival, the filmmaker starts with talking about finding a new audience rather unexpectedly. “When I land in Delhi (the last I was there), I see how similar it is to Karachi. Phonetically, Hindi and Urdu sound alike too. There is so much common history, common stories. I am simply happy that my film finds a fresh set of viewers, regardless of it benefits from it ahead of Oscar run. I wish I could’ve flown down for the screening but alas, the pandemic has played quite a spoilsport. Films are made for viewing by maximum people and that’s what is truly gratifying for a filmmaker.”

The angst of the film not finding a release in his home country gnaws at him evidently. Subject to hate calls and bullying for months, Khoosat went off all social media platforms to maintain his sanity. “My film was treated rather unfairly. How much of a film can you know from the trailer? We have three censor boards in Pakistan and each of them has given me a clearance certificate. It’s not like they banned me from releasing it. I knew the subject matter at hand and I dealt with it with great gumption and sensitivity. I wish I had the chance to show it to everyone here.” The film originally premiered at the Busan Film Festival last year amidst much fanfare.

Khoosat’s name might ring a bell with many Indians, who remember him as the creator of Fawad Khan and Mahira Khan’s hit show Humsafar. It was natural to ask him about directing a show for Zindagi. He was last seen acting in the celebrated Zee5 show Churails, playing a gay man whose wife makes a Nihari out of him after butchering him, for betraying her. He admits he is in talks with producer Shailja Kejriwal but is yet to lock something. Zindagi channel relaunched in India earlier this after being disbanded in 2016 following the Uri attacks. Quiz the filmmaker if he is optimistic about a more conducive cultural exchange here on and he points out a crucial fallacy, “The exchange has been fairly one-sided all along. Artistes from Pakistan have been actively working across the border. But I want to work with actors from India, people I have grown up admiring. I want to have my chance at working with Madhuri Dixit, or Tabu. Or both.” Now that will be a film to watch!

Myna Mukherjee, festival director of I view world film festival, told mid-day, “The film talks about tolerance , the idea of individual choices and rights, right to be able to live without being answerable to religious diktats. The film is along the lines of plurality and that brings back attention of an individual’s right to choose.”