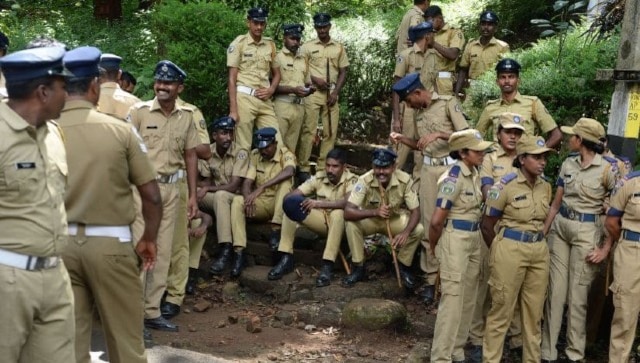 Palakkad: Two people, including the father-in-law of a 27-year old man, who was hacked to death in Palakkad district on Friday, have been taken into custody in connection with the incident, which is suspected to be a case of honour killing.

Aneesh, a painter, had married Haritha (21) some three months ago.

Due to the differences in their caste and financial status, the woman’s father, Prabhukumar and uncle Suresh Kumar, used to threaten them often, Aneesh’s relatives told media personnel.

Aneesh along with his younger brother Arun, was riding a motorcycle and had stopped to get some soft drinks when they were waylaid and attacked near Thenkurissi on Friday evening.

Arun, who witnessed the murder, and is yet to recover from the shock, said Haritha’s father, who came on a two-wheeler with her uncle, allegedly hacked Aneesh using a sharp weapon.

Aneesh’s father said the accused used to threaten the couple often and despite filing a police complaint last month, no action was taken, he alleged.

Palakkad SP S Sujithdas said Prabhukumar was taken into custody from Coimbatore early on Saturday while Suresh was picked up last night itself. Their arrest would be recorded and they would be produced before a magistrate on Saturday itself.

Since the deceased’s wife is in a state of shock, police have not been able to take her statement on Saturday, the official said.

In 2018, Kevin P Joseph, aDalit christian was abducted and killed by a gang hired by his wife, Neenu’s relatives, in the first case of honour killing in the state.