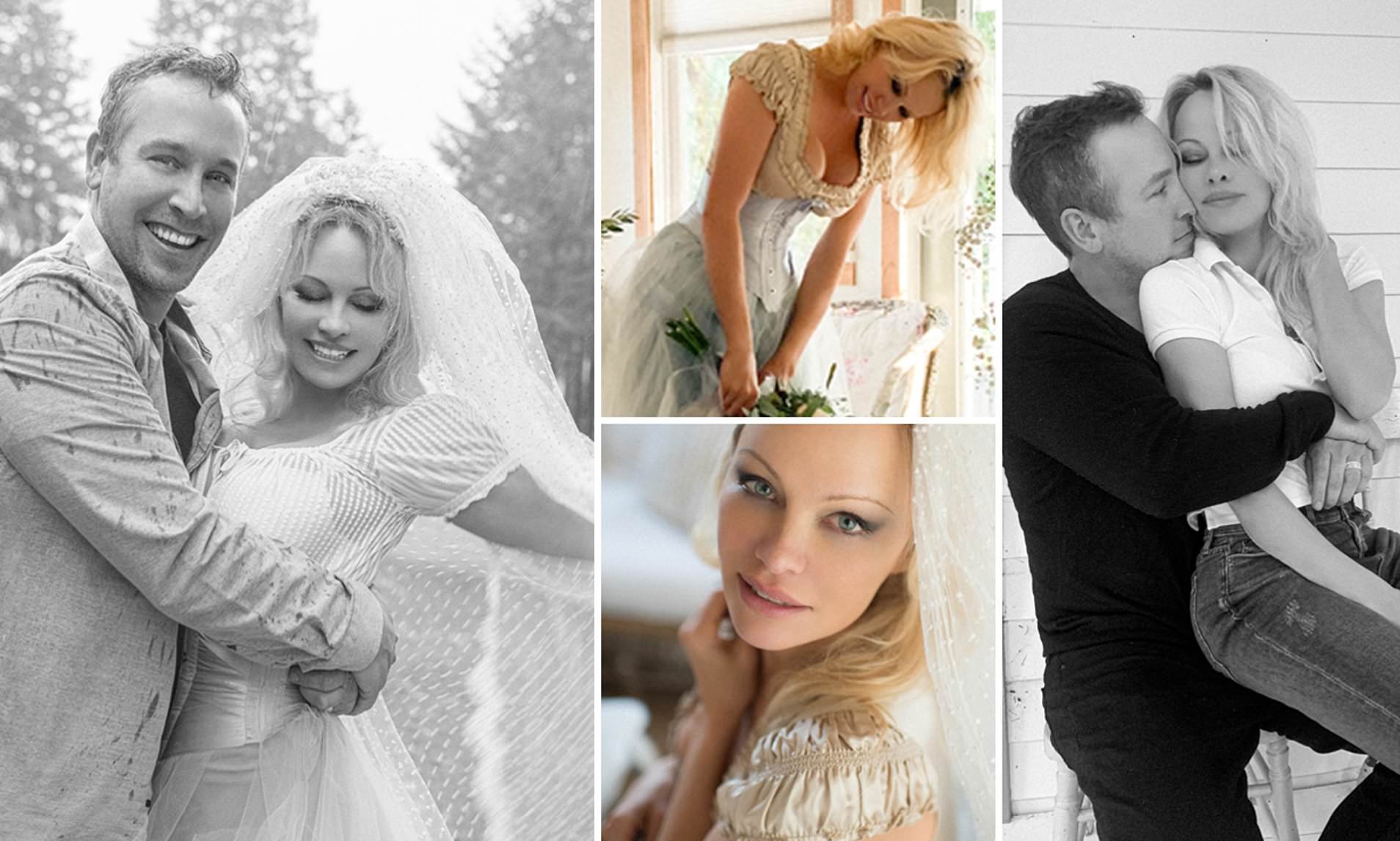 According to the actress’ wedding stylist, Pamela Anderson‘s husband, Dan Hayhurst, is pretty great and so is their relationship! Check out what Janet Adrienne Ross had to say about the couple and their dynamic!

During an interview for HollywoodLife, Ross gave away a lot of details otherwise not known about Pam’s new life partner and the two of them as a pair.

After all, they tied the knot in secret on Christmas Eve after spending quarantine together and the public just found out about their union so not much is known!

It turns out that the wedding was truly magical and not just because it took place on Christmas Eve.

Ross told the news outlet that Pamela Anderson has definitely found the perfect man in her bodyguard, the stylist calling Dan ‘amazing!’

Janet shared that ‘They are very yin and yang. They click and merge together. Dan allows Pamela to just slow down. She is a creator, and he is a builder. He is very down to earth. I love Dan because he is just so real. He just says it straight up. He is so transparent, he will tell you exactly the way he thinks.’

Not only that, but he also thinks Pam is pretty incredible, which is why their relationship is so ideal and works so well!

Despite starting out as her bodyguard, being together 24/7 during the COVID-19 lockdown allowed a beautiful romance to bloom between them.

Just yesterday, Pamela opened up about what they have in an interview for Daily Mail.

The star gushed that ‘I’m exactly where I need to be, in the arms of a man who truly loves me. This one year together has felt like 7 — like dog years. I am in love.’

The insider went on to say via HollywoodLife that ‘He is amazing. And he loves Pamela, not ‘Pamela Anderson.’ He does not care at all about the Hollywood stuff. She seeks truth… Pam can feel safe being her true self’ with him.

RELATED:  Ranveer Singh is sending something special to 'Jiju' Nick Jonas and he loves it! - Bollywood Dhamaka