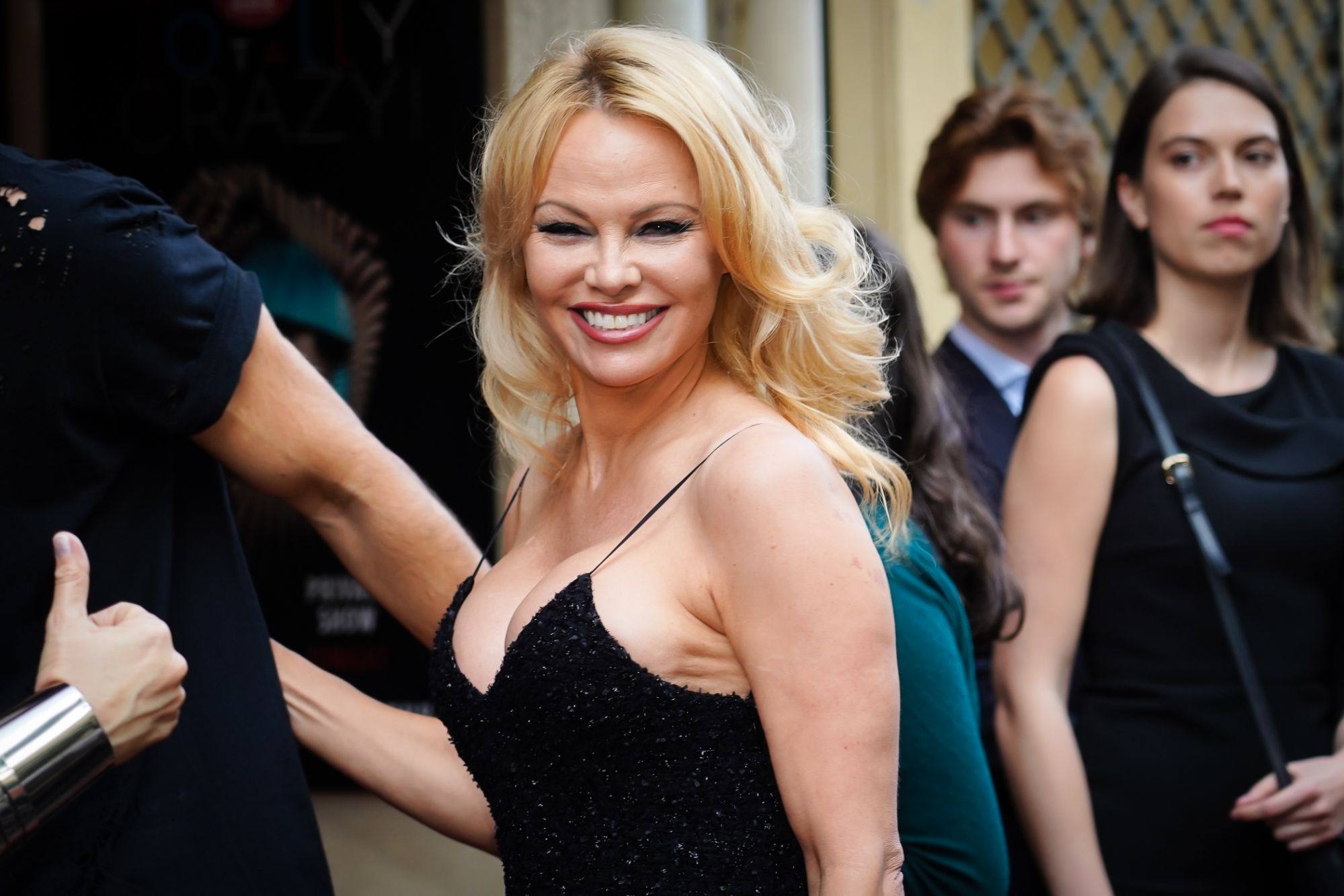 The 53-year-old Baywatch star revealed she tied the knot with her bodyguard, Dan Hayhurst, at her Vancouver Island home on Christmas Eve. Anderson, who wore Hunter rain boots underneath a white vintage wedding dress and “Princess Diana veil,” shared photos from the intimate nuptials with DailyMailTV.

“I’m exactly where I need to be — in the arms of a man who truly loves me,” she declared.

Hayhurst has been with Anderson 24/7 for the last year in lockdown in Canada.

“This one year together has felt like seven — like dog years,” Anderson joked, adding she and her husband are a “natural fit.” Although the ceremony had no family or friends present, the actress noted that “everyone” is happy for them.

“I am in love. We were married Christmas Eve with both our families’ blessing, everyone we know is happy for us,” she said. “I was married on the property I bought from my grandparents 25 years ago, this is where my parents were married and they are still together. I feel like I’ve come full circle.”

When asked if they will take a honeymoon after COVID-19 travel restrictions ease, Anderson replied, “Every day is our honeymoon.”

This is the fourth, fifth or sixth time Anderson has walked down the aisle — depending on who you ask.

Last year, Anderson wed producer, Jon Peters, but they split less than two weeks later. The animal rights activist told the New York Times she and Peters never made the union official, though.

“It was just kind of a little moment. A moment that came and went, but there was no wedding, there was no marriage, there was no anything,” Anderson maintained. “It’s like it never even happened. That sounds bizarre. But that’s it.”

Anderson hit back at the amount of times people think she’s been married.

“Three marriages. I know that’s a lot,” she giggled, “but it’s less than five.”

During the same interview with the Times, the Playboy model said she “absolutely” could see herself getting married again.

Looks like she got her wish — assuming the newlyweds file paper work this time.