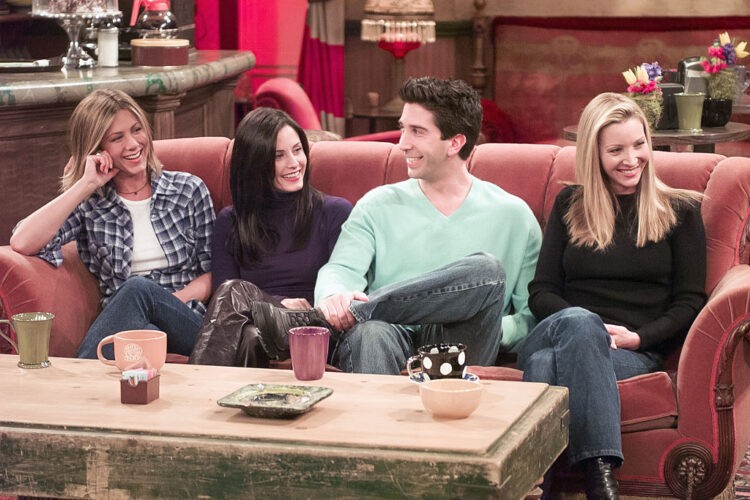 Friends star David Schwimmer confirmed during a Friday appearance on the U.K.’s Graham Norton Show that he will be shooting the hugely anticipated cast reunion next week in Los Angeles. The gang — Schwimmer plus Courteney Cox, Jennifer Aniston, Matt LeBlanc, Lisa Kudrow and Matthew Perry — will reassemble on the same stage at the Warner Bros. lot where they filmed the sitcom for 10 seasons, from 1994 to 2004.

Norton asked Schwimmer to clarify whether he would appearing as himself or as his character, Ross, in the HBO Max special.

“I’ll be myself,” Schwimmer said. “There’s nothing scripted. We’re not in character … so it’s all, we’re all ourselves. The real people.”

But not the entire time.

“There is one section of it that, I don’t want to give away, but where we, we all read something,” he said.

The gang was originally supposed to reunite much earlier. The project, titled “The One Where They Got Back Together,” was announced in November 2019, but it was pushed back because of the coronavirus pandemic.

While no air date has been announced, Perry said in November that it would air in March, which obviously didn’t happen.

When it does become available, along with audiences are sure to watch. The show’s finale on May 6, 2004, attracted a staggering 52.46 million viewers. HBO Max announced in July that Friends — where all 236 episodes are already available at the streamer — is its most popular TV offering.