Home News Pandemic propels India to strengthen itself and step up on global stage: Indian envoy to China

Pandemic propels India to strengthen itself and step up on global stage: Indian envoy to China 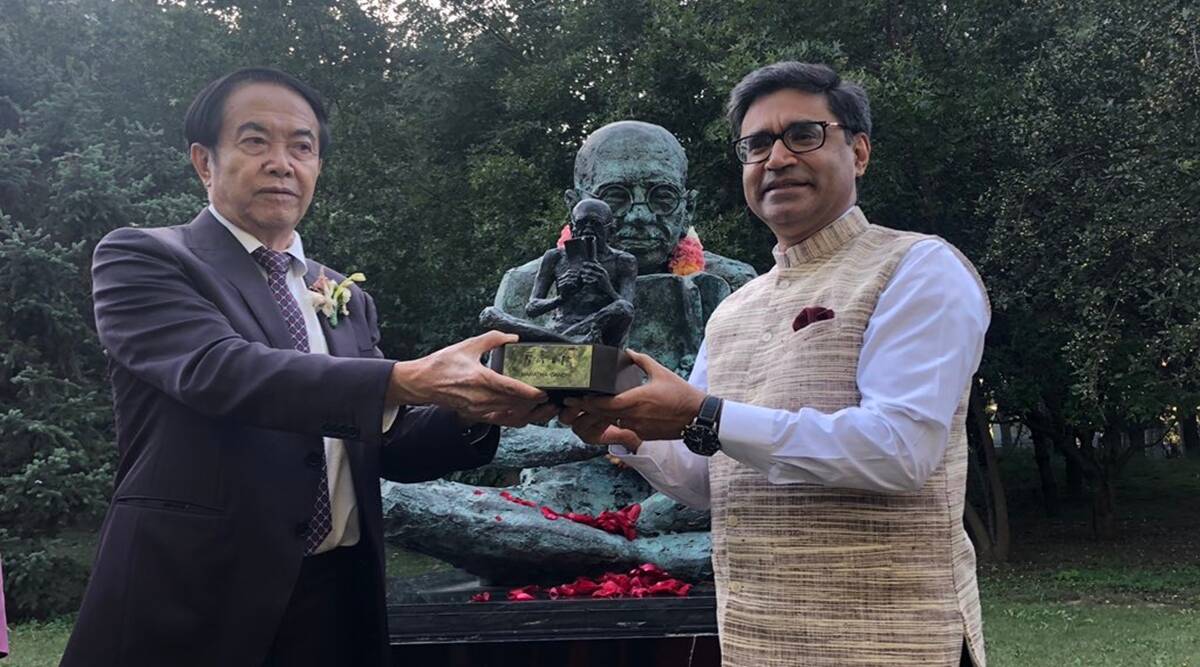 The coronavirus pandemic has spurred India to strengthen itself to demonstrate that with greater capabilities it would help not just itself but also be a force for good on the global stage, India’s ambassador to China Vikram Misri has said.

In an opinion piece published in the Hong-Kong based South China Morning Post, Misri said that the “devastating impact” of the pandemic was hard to quantify and its implications have been profound.

“But one of the biggest takeaways has to be more international cooperation, particularly as we get increasingly interconnected. Accordingly, while engaging with an emerging multipolar global order, India will continue to give the utmost attention to its immediate neighbourhood, where its Neighbourhood First policy, based on non-reciprocity, is creating the basis for shared activities,” he said.

“At the same time, our extended neighbourhood has been an integral part of our history and heritage and our engagement has unfolded through an Act East policy and Prime Minister (Narendra) Modi’s Sagar (Security and Growth for All In the Region) vision for the Indo-Pacific, which provides a template to engage with our maritime neighbours,” Misri wrote in the article on Monday.

He said the world needed more trusted and capable players and India believes it can play the role.

“The pandemic demonstrated that India with greater capabilities would help not just itself but also be a force for good on the global stage. Atmanirbhar Bharat is thus a self-reliant India but not a self-centred one”, he said.

Highlighting India’s commencing of its two-year term from January 1 in the UN Security Council for the eighth time as a non-permanent member, Misri said, “convinced that the multipolar world today needs more multilateralism, we will focus on efforts to make the UN and other international bodies more representative and in sync with contemporary realities”.

“The challenges of 2020 are by no means over. Much remains to be done. India believes this is a collective enterprise and stands ready to engage with all and work for peace, development and cooperation,” he said.

The year 2020 is one that all would like to forget in a hurry. The coronavirus pandemic created a global crisis with no parallels in living memory. The governments around the world were forced to deal simultaneously with a catastrophic health emergency, massive economic shocks and serious social disruption, he wrote.

“Despite this, 2020 will be remembered in India as a year of reckoning when government and citizenry came together in a whole-of-society response marked by determination and discipline,” he said.

“From an economy that previously did not make ventilators, testing kits, personal protective equipment (PPE) and N95 masks, India was soon manufacturing enough of them to cater not only to its own needs but also for export,” he said.

India also emphasised the need for global cooperation. Guided by its civilisational ethos, which places humanity at the centre of global prosperity and cooperation, India assisted others even while tending to problems at home, Misri said.

“When COVID-19 created a spike in pharmaceutical demand, we responded by ramping up our production, exporting medicines and other medical assistance to over 150 countries,” he said.

“With the focus shifting to vaccines, India is involved in many international collaborations that give the world hope for normalcy. Prime Minister Narendra Modi has committed that India will leverage its vaccine manufacturing capacities to help make vaccines accessible and affordable to all,” he said.

As the pandemic dealt a blow to global mobility on account of severe travel restrictions, India mounted a massive operation, bringing more than three million citizens home from around the world and supported the movement of more than 110,000 foreigners out of India to 120 countries.

“The pandemic’s health shock was matched perhaps only by its economic shock as trade and investment were disrupted and supply chains were unhinged. India’s response was articulated in the vision of an ‘Atmanirbhar Bharat’ (self-reliant India). It would be a mistake to interpret this as India turning inward,” Misri said.

“In a time of global crisis, it would have been easy for India to focus just on recovery. Instead, the government seized the opportunity for a spate of major reforms in domains ranging from manufacturing to agriculture and education,” he said.

He said the government has introduced “landmark” agricultural reforms to end the monopoly of trading cliques.

“The proposed laws allow farmers to sell their produce at a price of their own choosing and even outside their respective states, thereby leading to better rural incomes. They also encourage private-sector investment and leverage technology to enhance our farm productivity to near-global standards,” he said, defending the three agriculture reform laws enacted by the government.