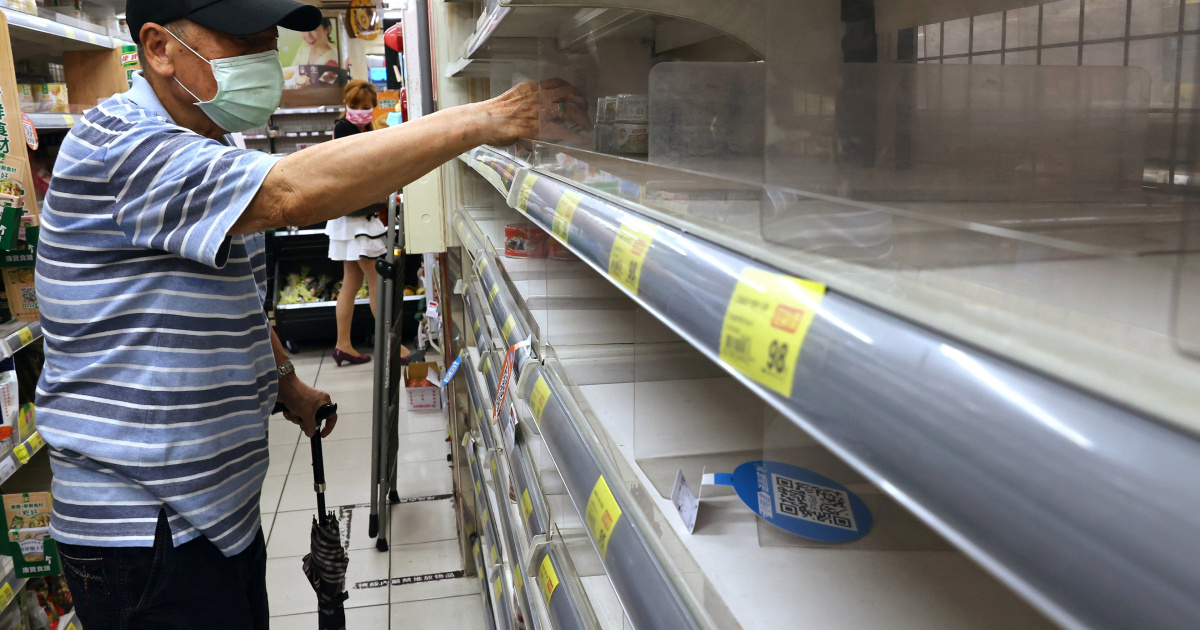 Authorities say there is no need to hoard instant noodles or toilet paper after new COVID-19 restrictions trigger panic buying.

Authorities in Taiwan have appealed to people to avoid panic buying of items such as instant noodles and toilet paper as new curbs on gatherings and movement took effect to rein in the spread of COVID-19.

Taiwan raised its coronavirus alert level in the capital Taipei and the surroundings on Saturday, imposing two weeks of restrictions that will shut many venues and limit gatherings.

While total infections since the start of the pandemic remain low at 1,475, a recent spike in community transmissions have alarmed a population that had become accustomed to life staying close to normal, with no full lockdowns of the kind seen elsewhere.

In messages late on Saturday, the president, premier and economy ministry took to Facebook to say there was no need to hoard or rush to the shops, after people scrambled to stock up on basic goods, mainly instant noodles and toilet paper.

“After more than a year of preparation, the country’s anti-pandemic materials, civilian goods and raw materials are sufficient, and the stores are also operating as usual to replenish goods,” President Tsai Ing-wen said.

The COVID-19 alert has been raised to level 3 in Taipei & New Taipei. Please carefully read the information in the link below, share it with those you know, & remember to follow these guidelines to ensure that you & those around you stay safe & healthy.

French supermarket chain Carrefour said it was limiting purchases of items such as masks and instant noodles in its Taiwan stores, asking people to buy only what they need.

The economy ministry showed pictures of warehouses piled to the ceiling with boxes of instant noodles, saying supplies were “like a mountain” with plenty of toilet paper and canned food to go around as well.

Premier Su Tseng-chang made a similar appeal on his Facebook page. He triggered amusement early last year, during a previous rush for toilet paper, by saying people “only have one butthole” and should calm down.

While not ordering a total lockdown, the government is urging people to stay at home as much as possible.

The health ministry brought out its dog mascot, a shiba inu called Zongchai, to reinforce the message on social media.

“Study Zongchai and stay at home,” it said, showing pictures of the canine lying on the floor resting.