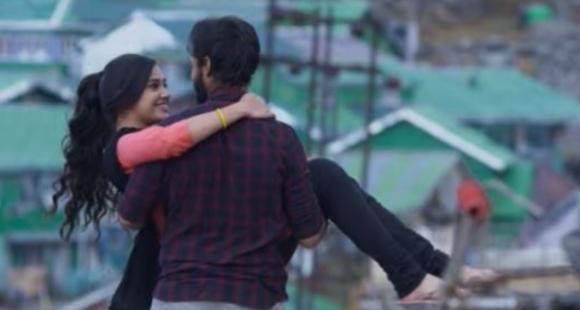 The captivating teaser shows a glimpse of striking chemistry between the lead actors but Vijay Sethupathi’s glimpses were not shown in the teaser.

The most awaited teaser of debutant director Buchi Babu Sana’s Uppena, was released on Wednesday ahead of Sankranti festival. Starring Panja Vaisshnav Tej and Krithi Shetty in the lead roles, the film is one of the most anticipated Tollywood films. Though Upenna stars sensational South star Vijay Sethupathi in a key role, the teaser did not show a glimpse of the actor which came as a disappointment to his fans.

Sharing the teaser, director Krithi wrote, “It’s outtt. Hope the teaser reaches the depths of your hearts #UppenaTeaser.” (sic) The teaser shows the amazing chemistry between the lead actors Vaisshnav and Krithi. The teaser also reveals that the film is set in coastal Andhra and it is expected that the story will revolve around the ocean. In the film, Vaisshnav will be seen as Aasi while Krithi will be seen as his girlfriend Sangeetha. Along with the teaser, the filmmakers have revealed that the release date will be announced soon.

Vijay Sethupathi’s look from the film was released earlier and it received a tremendous positive response. Devi Sri Prasad has composed music for the film and Shamdar has cranked the camera. Bankrolled by Mythri Movie Makers and Sukumar Writings jointly, the film was announced in January 2019. The film was supposed to hit screens in 2020 but the release date was postponed due to the pandemic.