Home EntertainmentBollywood Pankaj Tripathi: Don’t have to act when I play Madhav Mishra

Pankaj Tripathi: Don’t have to act when I play Madhav Mishra 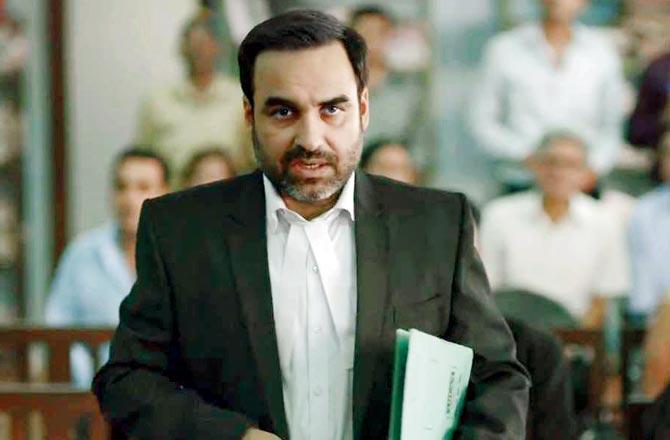 Pankaj Tripathi has had a dream run this year, winning acclaim for his performances in Gunjan Saxena: The Kargil Girl and Ludo. But he isn’t done just yet. As we approach the last fortnight of the year, the actor has two aces up his sleeve in Shakeela and Criminal Justice: Behind Closed Doors.

Reprising the role of lawyer Madhav Mishra in the Disney+Hotstar series always brings joy to him. Reason — the actor sees a lot of himself in the character, an underdog of sorts. “If Madhav Mishra were a real-life person, he would have been extremely similar to me. We both come from small towns; our journeys are similar because he doesn’t get big cases easily and I would not get big films [until recently]. When I play Kaleen bhaiya [his character in Mirzapur] and other roles, I have to get into the skin of the characters. But I don’t have to act when I play Madhav because it’s so close to me,” says Tripathi. He lent his wry humour to the character while shooting for the first season. “Thankfully, the makers allowed me to do so. In fact, my wife said she married me because I have a great sense of humour,” he laughs.

Also Read: Pankaj Tripathi on the worst audition: There are so many, it’s tough to pick just one

In telling the story of Kirti Kulhari’s character who confesses to murdering her husband, the upcoming season will shed light on the state of women in prison. “Madhav is married now, and how having a woman at home helps him understand a woman’s point of view [forms the crux of the story].”

While the versatile actor has deftly explored different genres, a romantic drama has eluded him. Before signing off, Tripathi promises that he’ll feature in “a mature love story” next year.