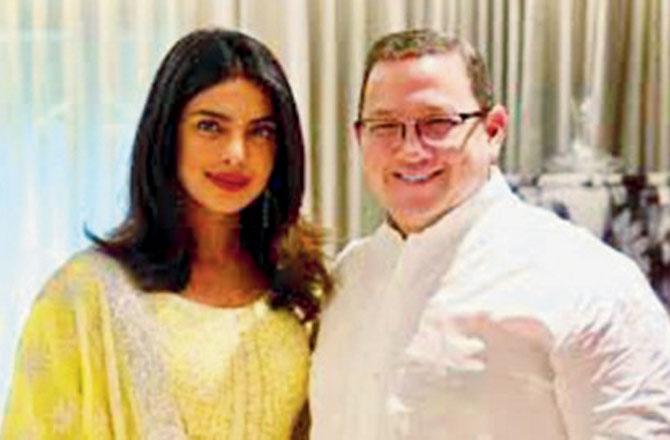 Priyanka Chopra Jonas’s father-in-law Paul Kevin Jonas, Sr is bowled over her by performance in The White Tiger. As soon as the new trailer of Ramin Bahrani’s Netflix film released, he posted, “So excited to see this movie. Proud of my daughter-in-law.” It was also announced that the film will drop on January 22. Wonder if papa Jonas has seen any of her Bollywood flicks.

The White Tiger is written by Aravind Adiga, and the film explores India’s class struggle. The entire narration is told from the perspective of Balram, a lower-class citizen who becomes a chauffeur for a rich landlord and his wife. As the plot moves ahead, the lives of the character change with a shocking twist of events. It also explores the themes of poverty, corruption and class in India. The film also features Rajkummar Rao and Adarsh Gourav.

Also Read: Priyanka Chopra: My mom Madhu Chopra told me I might not have a career post 30

The White Tiger is an adaptation of Aravind Adiga’s debut novel of the same name. The novel won Adiga the Man Booker Prize in 2008. The film is produced by Netflix in association with Mukul Deora. The actress is also a part of Robert Rodriguez’s superhero film We Can Be Heroes.

For the uninitiated, Priyanka Chopra was last seen on the Indian celluloid with Shonali Bose’s The Sky Is Pink. Speaking about RajkummarRao, on the other hand, the actor has RoohiAfza, Anurag Basu’s untitled drama and Turram Khan in his kitty.