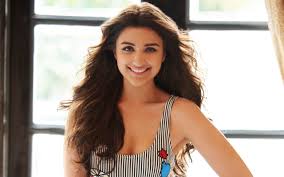 After The Girl on the Train, Parineeti Chopra’s next film which is badminton player Saina Nehwal’s biopic may also take a detour from the big screen. Reports suggest that the makers are considering a digital release due to the 50% occupancy rate at the movie theatres.

According to reports on an online portal, the film was originally slated for summer 2020 but was delayed due to the pandemic. The filmmakers have waited to take a decision on the release now but seem to be inclined toward an OTT release due to the reach it gives compared to theatres right now. Actor Shubhrajyoti Barat, who plays Parineeti’s father in the film also said that the makers maybe considering a digital release for the film.

The film initially starred Shraddha Kapoor but landed in Parineeti’s nap after her exit for unknown reasons. Parineeti herself had expressed that she will always look forward to a theatre release for her films but with changing times, cinema too evolves.

Back to Top
Close Add post
X
SCOOP: Kartik Aaryan teams up with Shah Rukh Khan for his next to be directed by Ajay Bahl : Bollywo…BollywoodJust a couple of days back, Bollywood Hungama exclusively revealed that Kartik Aaryan is on the lookout for a quick 30 to 40 day film as the shoots of…