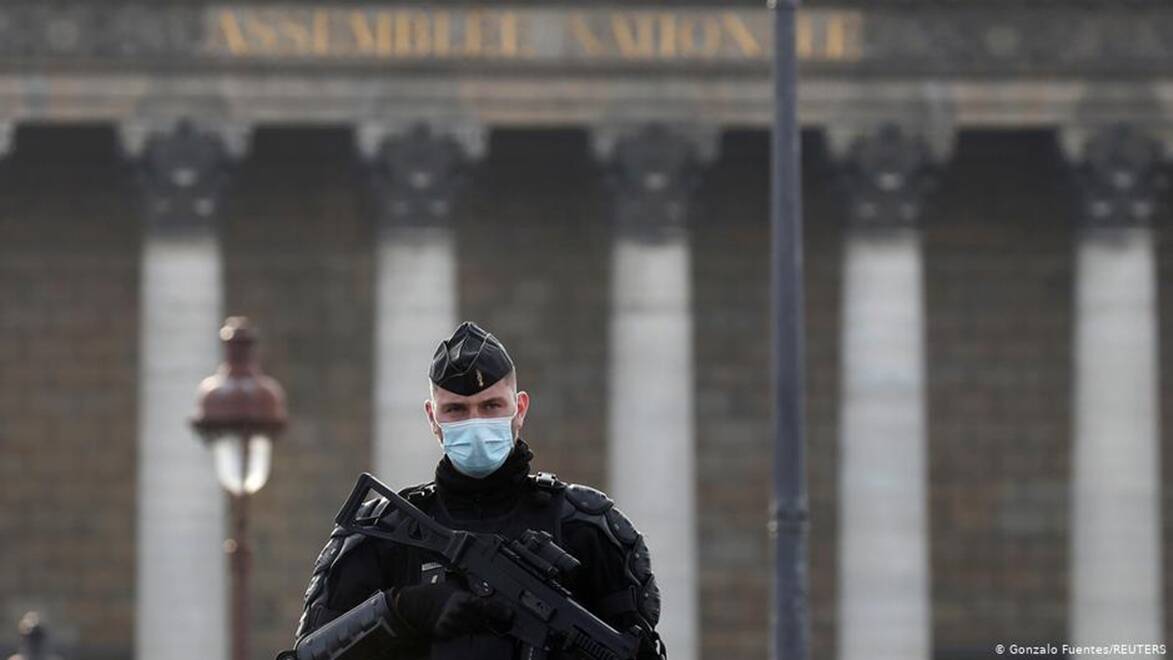 “France’s police watchdog is investigating allegations that a Black music producer was physically attacked and racially abused during a police check”, an official said on Thursday.

“I want disciplinary proceedings to go ahead as soon as possible,” he wrote.

The incident was captured on closed circuit television and mobile phone footage and allegedly showed police using tear gas against the victim without apparent reason.

Michel, a music producer, was walking in Paris without wearing a face mask, when he spotted a police car, French media reported. In efforts to avoid a fine for not wearing a mask, he ducked into his music studio.

According to the video footage taken by neighbors, which is also published on the French website Loopsider; three officers followed Michel into the studio where they attacked him with truncheons and punched him repeatedly, yelling racist epithets at him.

Then they allegedly returned with back up to throw a tear gas canister in the studio, before holding Michel for 48 hours in custody.

The incident comes as French President Emmanuel Macron’s government is pushing a new bill that would restrict the ability to film police. The bill has prompted protests from civil liberties groups and journalists, who say it would allow police brutality to go undiscovered.

The bill still has to be approved by the Senate. Earlier in the week, thousands protested against the proposed legislation.

The head of advocacy group Reporters Without Borders wrote on Twitter that he had met with the French Prime Minister Jean Castex to discuss the legislation following the attack. The Prime Minister agreed to set up a commission to examine the law.

This is the second alleged incidence of police violence in Paris this week, after the government ordered an internal investigation on Tuesday following the footage of police officers tossing migrants out of tents and intentionally tripping one up emerged.