Parth Samthaan starrer Mai Hero Boll Raha Hu is the thriller entertainment that you cannot afford to miss on ALTBalaji and the ZEE5 app! 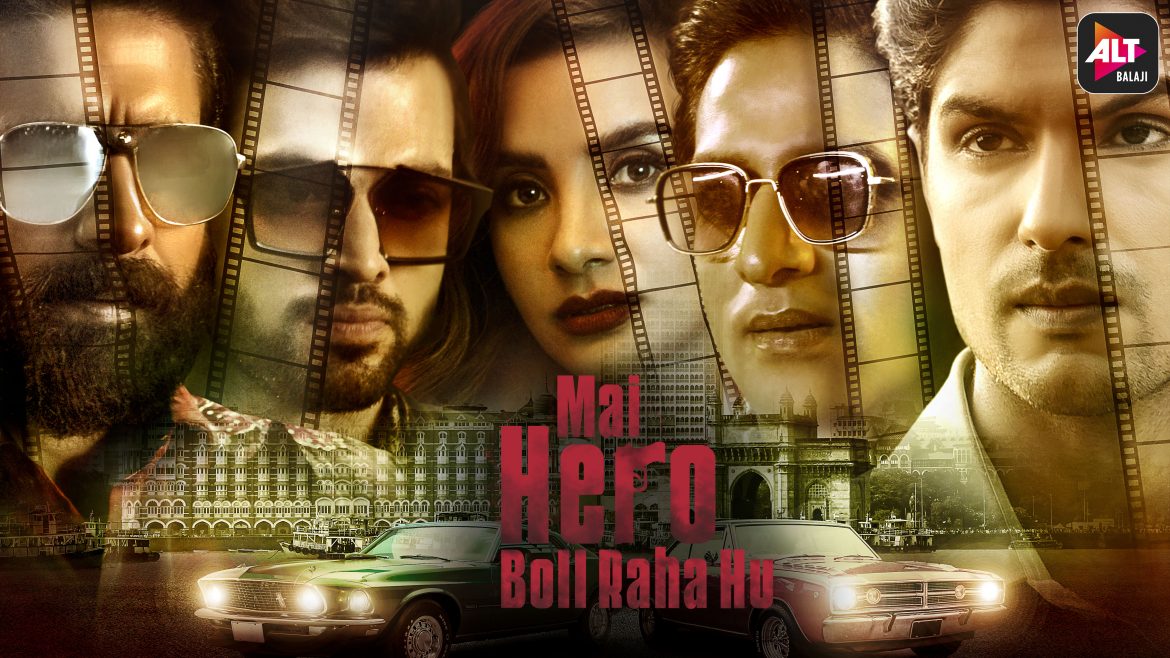 ALTBalaji and ZEE5 never fail to entertain their audience with different shows, even during such unprecedented times. The digital platforms have launched a Masaaledaar action drama Mai Hero Boll Raha Hu on their app. After the teasers and the trailer have created excitement amongst the viewers, the series is finally here to end the long wait. Starring the television heartthrob Parth Samthaan in a new avatar, the series is a must-watch!

Mai Hero Boll Raha Hun is the story of one man, a Hero named Nawab, set in the city of dreams, Mumbai, which will take the audience through a rollercoaster storyline showcasing the rise of a ‘Hero’. The series takes the viewers through the turmoil and the journey of not only the Hero who rises from being an underdog to a DON but also the pace of Mumbai at a time when the crime was paid to proliferate and Mumbai was Bombay.

The series showcases the journey of Parth Samthaan, who plays the role of Nawab, an underdog from Bareilly who rose to rule the entire city of dreams. Nawab turns into the most-wanted gangsters but still has strings attached to his girlfriend Laila (Played by Patralekha), a popular 90s Bollywood heroine. Nawab’s deep attraction for Laila makes him land in a bizarre state, where he turns the world upside down to keep her safe.

Their romantic tale is disrupted by the main antagonist Lala (played by Arslan Goni), who wants to snatch away the entire underworld from Nawab’s feet.

Television heartthrob Parth Samthaan quips, “The launch of Mai Hero Boll Raha Hu is something the fans have been looking forward to for most of this year. After all our hard work and efforts during the pandemic, I cannot wait to see how the audience reacts. I sincerely hope that they love it as much as I enjoyed working for it. Getting in front of the camera once more after quite a long break was a brilliant experience.

Playing a type of role I have never done before was the icing on the cake as breaking out of one’s shell is extremely important for an actor. I hope to continue taking these leaps of faith for the rest of my career, and I hope the audience falls in love with Nawab and Laila as they watch the show.”

“Mai Hero Boll Raha Hu is a brilliant show. It is not every day that one gets opportunities to be a part of an amazing show like this and, to be able to entertain people when they need it the most is something I am extremely grateful about. I loved playing the part of Lala, and the cast and crew felt like family once we were done with the shoot. I truly had one of the best times during this whole shoot. I am eager to see the reaction from audiences which will help me grow as an actor and encourage me to do more such shows,” says Arslan Goni