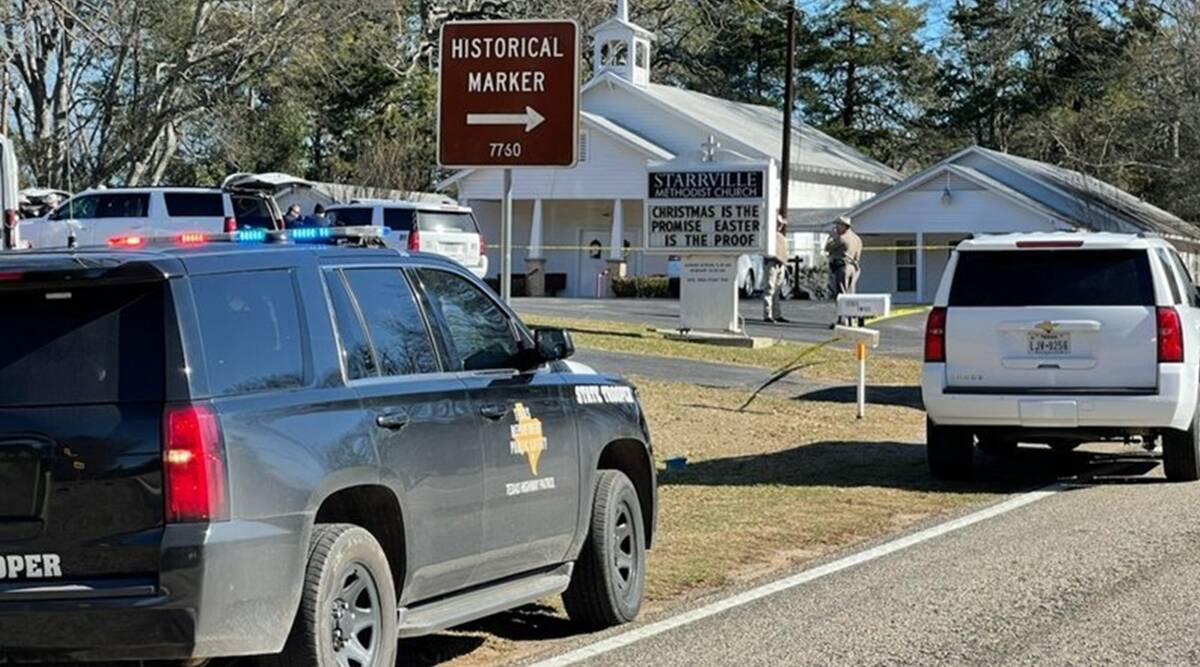 A pastor was shot dead and two other people were injured on Sunday morning in a shooting at a church in East Texas, authorities said.

The pastor opened a bathroom door inside the Starrville Methodist Church and found a man hiding in there, Smith County Sheriff Larry Smith said in a news conference.

The pastor was armed and drew his weapon, but the suspect was able to take the gun and shoot him, Smith said. He said one other person was shot and is being treated at a local hospital, while another was injured in a fall.

The suspect may have been hiding in the church, following a shooting incident on Saturday night, authorities believe.

Police had been searching for the man late Saturday in the woods near Winona, following a car chase, Smith said. The man stole the pastor’s vehicle and fled east before being arrested by deputies in nearby Harrison County, he added.

The suspect has a gunshot wound to the hand and is being treated at a Tyler hospital. Smith declined to identify the pastor, the other people injured or the suspect.

The sheriff said the shooting suspect will likely face a capital murder charge. He did not say why police had initially been looking for the man.

Sunday morning services had not yet started when the shooting took place, the authorities said. Winona is a small town about 100 miles east of Dallas.

Texas Governor Greg Abbott issued a statement on Sunday about the shooting. “Our hearts are with the victims and the families of those killed or injured in this terrible tragedy,” he said.

“I am grateful for the law enforcement officers who apprehended the suspect, and ask Texans to join Cecilia and me in praying for those affected by this horrific shooting,” Abbott said.

An investigation into the incident is underway.