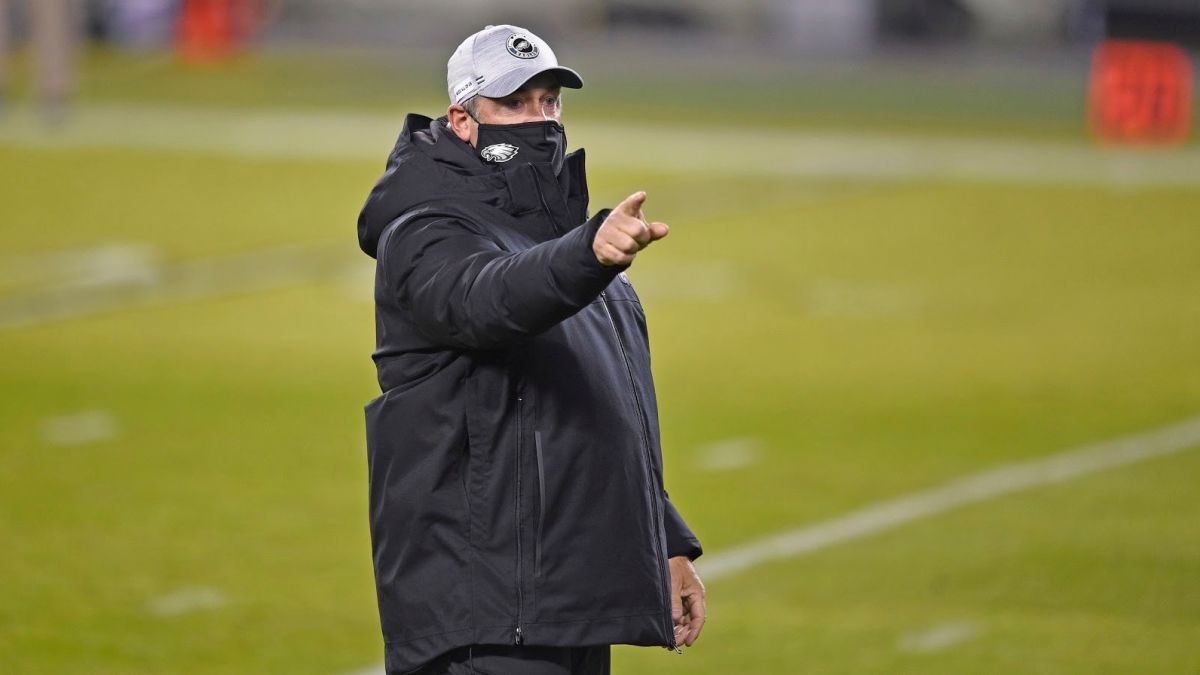 If you’re still confused about what you watched last night on NBC, don’t be.

The Eagles organization made a mockery of the game of football on national television and their decision-makers lost respect around the league.

What transpired in the late stages of the Washington Football Team’s win against Philadelphia will stick in the mind of people around the game for a long time, especially the ones in the NFC East.

Eagles head coach Doug Pederson appeared to tank the game beginning late in the third quarter when he decided to go for it on fourth down from WFT’s four instead of kicking what would have been a game-tying field goal and at the start of the fourth quarter, when he sent third-string QB Nate Sudfeld in to relieve starter Jalen Hurts. Hurts’ numbers weren’t particularly impressive (completing just 7 of 20 for 72 yards and pick) but he did score both touchdowns for Philadelphia on the night and was making plays in a game that was still very close.

The announcers tried to spin the Sudfeld move as Pederson looking to “evaluate” the other Eagles QB. But after two plays of watching Sudfeld, you knew there was no need for any evaluation.

Pederson and the Eagles performed one of the most egregious in-game tank jobs that I’ve ever seen. It started with Pederson refusing to kick a chip shot field goal. Then Sudfeld took it over the top and officially closed the door on any chance for Philly to win.

Whether Philly chose to essentially gift that game to Washington because they were trying to preserve the 6th pick in the draft to get a playmaker in their receiving core or they just wanted to send a middle finger to the Giants, who needed an Eagles win to make the playoffs, remains to be seen.

But what we could all clearly see is that that organization wanted no parts of winning a very winnable game on Sunday night.

Pederson said in his post-game press conference that he “was coaching to win” and that it was “my decision solely” to let Sudfeld get some snaps.

Pederson was full of more crap in that press conference than a New York City sewage pipe.

The fact of the matter is that if you really wanted to give Sudfeld “an opportunity,” why put him in during the fourth quarter when he’s cold and has no feel for the game or the speed of the Washington front seven. Based on Pederson’s explanation it would have made more sense to have started him. That decision may have been more palatable for Football fans.

At least we would have known what the play was from the jump.

Hurts was obviously ticked off by the decision, as I’m sure many other players in that locker room were as well. The young quarterback who played well in the last few games for Philly was caught on video seemingly saying “It’s not right” after the decision to bench him. Every other young quarterback would get an opportunity to prove themselves in that moment, but Hurts wasn’t afforded that chance. Isn’t Hurts playing for next season, too? Shouldn’t Pederson want to see how he plays in a tight game, with postseason implications on the line for one team, with a nationally televised audience?

Yet, Hurts being a class act, refused to throw Pederson under the bus in the postgame press conference.

Giants players were obviously upset and expressed it on twitter as well.

Many have speculated that if fans were in the stands on Sunday night, Pederson would not have had the guts to make that call. Obviously, we’ll never know the answer to that for sure.

But what we likely do know is that Pederson and that Eagles organization have definitely lost respect from not only fans but some of their contemporaries in the NFL.

What Pederson and the Eagles did last night didn’t feel right, and everyone knows it. We expect more from an organization like Philadelphia. Even if they are bad, they are still respected unlike organizations like the Jets or Jaguars.

What they did last night was embarrassing. Now, they will likely have to pay for it with a loss of respect.

I hope tanking was worth it.