Home General Pence is to be vaccinated publicly on Friday, and other top Washington figures will soon follow.

Pence is to be vaccinated publicly on Friday, and other top Washington figures will soon follow. 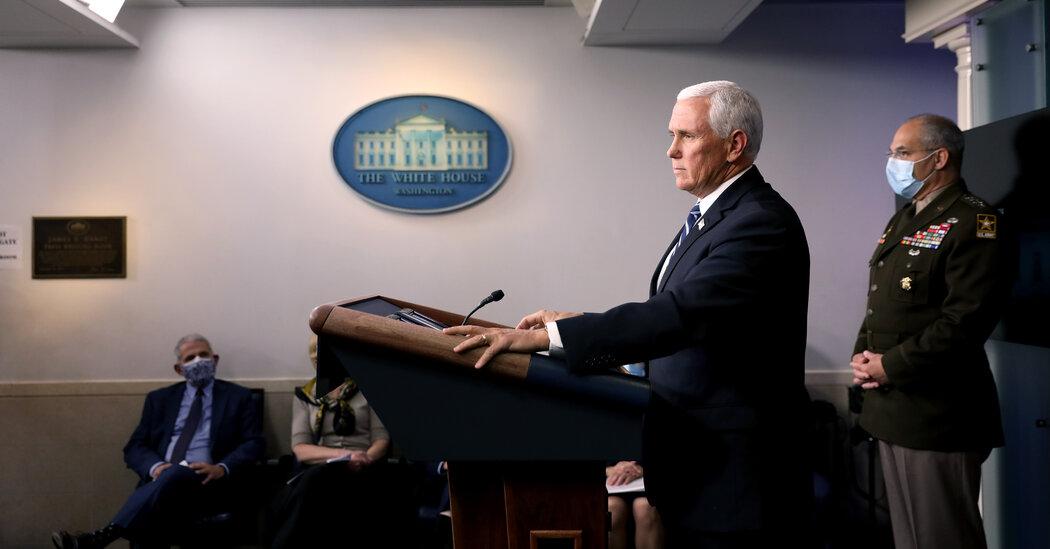 Vice President Mike Pence and his wife, Karen Pence, will receive a coronavirus vaccine on Friday, according to the White House, a move that the Trump administration says is intended to “promote the safety and efficacy of the vaccine and build confidence among the American people.”

Mr. Pence leads the White House’s coronavirus task force, and his inoculation will be a high-profile move for the administration amid a broader push to encourage people in the United States to get vaccinated.

Lawmakers and Supreme Court justices are also expected to begin receiving vaccines in the coming days, though the doses will be limited.

Dr. Brian P. Monahan, the Capitol physician, wrote in a letter obtained by The New York Times on Thursday that he had been notified by the National Security Council that his office would receive a “specific number” of doses to “provide for continuity of government operations.”

He then began notifying lawmakers who were eligible for vaccines.

Among those chosen was the Senate majority leader, Mitch McConnell, Republican of Kentucky, who said he would be among the first to be vaccinated.

A polio survivor, Mr. McConnell, 78, has been one of the most outspoken members of his party in favor of following government health guidelines.

“Because of government continuity requirements, I have been informed by the office of the attending physician that I am eligible for a Covid-19 vaccine, which I will accept in the coming days,” he said in a statement on Thursday.

The event, just days into the nation’s ambitious mass vaccination campaign, will take place at the White House, and the Pences will be joined by Surgeon General Jerome Adams, who will also receive the vaccine.

News of plan for government officials to receive the vaccine came as Alex Azar, the Secretary of Health and Human Services, notified his colleagues that his wife had tested positive for the virus. She is experiencing mild symptoms and is self-isolating, wrote Mr. Azar, and he and his children have tested negative.

Dr. Anthony S. Fauci, the nation’s top infectious disease expert, said on Tuesday that he would recommend that President Trump and Mr. Pence get the vaccine, even though the president has already had Covid-19.

“For security reasons, I really feel strongly that we should get them vaccinated as soon as we possibly can,” he said on “Good Morning America.” “You want him fully protected as he enters into the presidency in January.”

Mr. Biden is expected to get vaccinated as soon as next week, a transition official said. The president-elect has said he will receive the vaccine in public.

“I don’t want to get ahead of the line, but I want to make sure that we demonstrate to the American people that it is safe to take,” Mr. Biden said on Wednesday.

Dr. Fauci, who is 79, has said that he will also be vaccinated publicly, to show his confidence in the vaccine. Three former presidents — Barack Obama, George W. Bush and Bill Clinton — have all said they are willing to be vaccinated on camera.

At a briefing on Tuesday, Kayleigh McEnany, the White House press secretary, said that Mr. Trump would “receive the vaccine as soon as his medical team determines it’s best,” but that he was not yet scheduled to do so.

For some elected officials and public figures, getting vaccinated may be a damned-if-you-do, damned-if-you-don’t proposition. On the one hand, doing so publicly could be useful as a show of confidence to the public. But with the vaccine in scarce supply, some in positions of power don’t want to be accused of jumping the line.